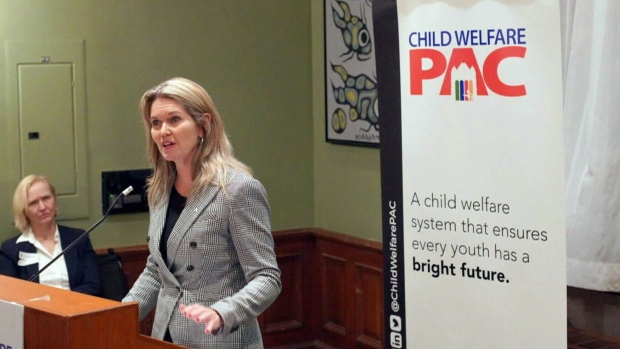 TORONTO — Advocates for former foster children are sounding the alarm over a lack of funding and support for youth coming out of care — an issue they say is even more pressing due to COVID-19.

Former foster children who age out of the system at 18, 19 or older often are faced with numerous challenges as they attempt to tackle adult life. Many struggle with poor mental health, homelessness, and having difficulty finding employment.

According to Jane Kovarikova, the founder of Child Welfare Political Action Committee Canada, “the rate of PTSD is double of war veterans,” among those who have gone through foster care.

She has personal experience: Kovarikova was a foster child herself and now advocates for those aging out because she understands the challenges they face as young adults.

“We are rarely part of the conversation and [are] expected to thrive as adults with no life credentials,” she told CTV News.

The global pandemic has only made that transition into adulthood more difficult for those leaving foster care.

“COVID hasn’t changed the issues for young people in care and aging out,” said Richard Rothenburger, president of Youth in Care Canada. “It’s amplified the issues.”

University student Chanice McAnuff has been experiencing this over the past few months.

“It’s like a huge regression,” she said. “Isolation brings back terrible memories.”

After years of being shuffled from one foster home to another, the third year psychology student had finally felt in control of her life — until COVID-19 hit.

She told CTV News that she had been “dipping into savings. Trying to get emergency benefits. Counting every penny.

“Insecure,” she summed it up.

Left to mostly fend for themselves, some former foster kids, like 20-year-old Michael — who did not give a last name — are choosing to stay in group homes and not exit care.

“I did have things set up,” he said. “I had a savings account and I was already putting money into that.”

But he told CTV News that COVID-19 made him too “nervous” to attempt to go it alone right now.

This feeling of trepidation is something Conner Lowes, vice-president of Youth in Care Canada, understands.

“Youth in care have always been vulnerable for [the] same reasons that they are vulnerable now […] and will continue to be,” he said.

Lowes and Rothenburger are setting up town halls for people like Chanice and Michael to communicate with politicians and policy makers.

“Young people need to know their voice matters, that as a vulnerable population they are not hidden in the background, they are respected and their rights protected,” Rothenburger said.

The pandemic has caused complications in the foster system for younger children as well. Foster care placements and visitations for families have been become a struggle since health officials called for individuals to practice physical distancing and avoid those outside of their household.

A B.C. coroner’s report last year found that kids aging out of foster care were five times more likely to commit suicide than their peers, a statistic that advocates want to change.

Given the isolation many are feeling during the pandemic, young adults leaving foster care need society’s support now more than ever, they say.