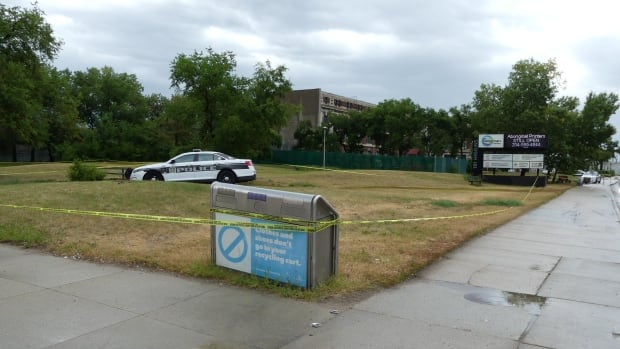 Winnipeg police are investigating an assault early Thursday that sent a woman to hospital in critical condition.

Police say they were called to the area of Higgins Avenue and Main Street around 12:40 a.m. Thursday.

Officers found a woman with severe injuries on the green space at the northeast corner of the intersection, police said in a news release.

The woman was taken to hospital and remained in critical condition as of Thursday afternoon.

Anyone who may have been in the area of Higgins and Main late Wednesday evening or early Thursday morning is asked to call investigators at 204-986-6219 or Crime Stoppers at 204-786-TIPS (8477).