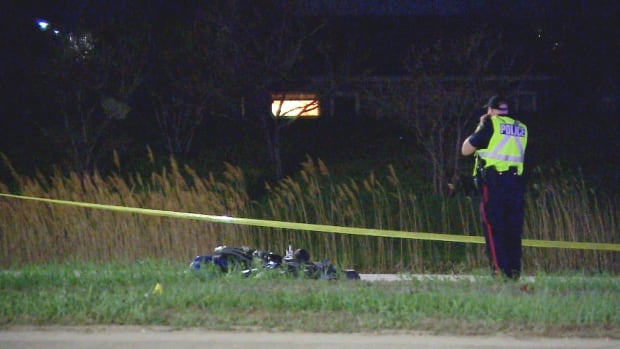 A 39-year-old woman is charged in connection with a crash that critically injured a motorcyclist in Winnipeg nearly a year ago.

The crash happened just before 3:30 p.m. on May 23, 2019, on Lagimodière Boulevard near Sage Creek Boulevard. The motorcyclist, a man in his 20s, was rushed to hospital.

He sustained life-altering injuries that he is still suffering from, said police Const. Jay Murray.

The woman who’s been charged stayed at the scene and spoke with police.

She is accused of making an illegal U-turn at the intersection and driving directly in front of the motorcycle, which couldn’t stop in time.

“Investigations into serious [and] fatal motor vehicle collisions can be complicated, and often involve interviewing witnesses, the application of science and consultation with Manitoba Justice — all which can contribute to their length,’ Murray said about why it took as long as it did to lay charges.