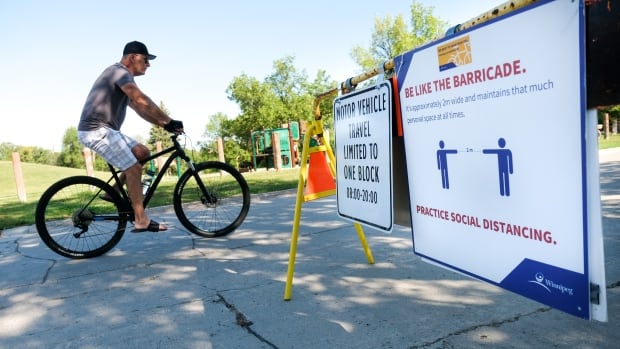 The program, which was announced in April, blocks vehicles from stretches of residential roads so people can walk, cycle and physically distance.

Ten routes through the city were limited to active transport users and vehicles of people living on the routes between 8 a.m. and 8 p.m. seven days a week. The measures came to promote social distancing during the pandemic.

Now, a motion at city hall proposes that Winnipeg keep some of its “Open Streets” open — but unless council votes for the changes, the city will return to its usual four routes that are exclusive to cyclists, runners and walkers on Sundays and holidays.