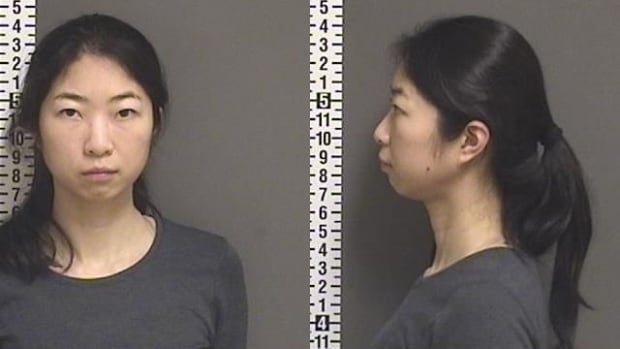 A Winnipeg woman has been sentenced to six years in jail after entering the United States to purchase a chemical weapon.

Sijie Liu, 37, pleaded guilty in U.S. District Court earlier this month to a charge of knowingly obtaining a chemical weapon and threatening to use it.

Her attempted transaction was discovered by an undercover FBI agent, whom she contacted and expressed interest in buying a toxin. They were communicating on the dark web, a hidden portion of the internet often used for malicious activities and only accessible with special software, court documents say.

She is serving her sentence at Cass County Jail in Fargo, North Dakota, until she can be transferred to Canada.

According to court files, Liu entered the United States alone, from the Pembina, N.D., border crossing, on March 5, 2019, where she told the border agent she was off to Grand Forks on a shopping trip — but she never got that far.

Instead, she visited a business a few kilometres past the border that accepts and stores mail for Canadian customers.

Plainclothes officers watched as Liu introduced herself by a different name, Julie Chen, and accepted seven packages, six of them under the Chen name, documents say.

She was arrested while walking out of the business using a cart loaded with the packages.

Court documents say that before Liu was questioned by authorities, she said “I know what I did was wrong.”

Later, she contacted someone who she identified as her husband. She was overheard saying that she had broken the law and was arrested.

It isn’t explained in the unsealed court documents what Liu intended to use the toxin for, or what it was.

In a plea agreement, federal prosecutors and Liu’s attorney recommended a six-year sentence in exchange for her guilty plea. She’s been given credit for time served since March 2019.

She attempted to pick up her items a month later.

The U.S. state attorney and Liu’s attorney did not respond to a request for comment.