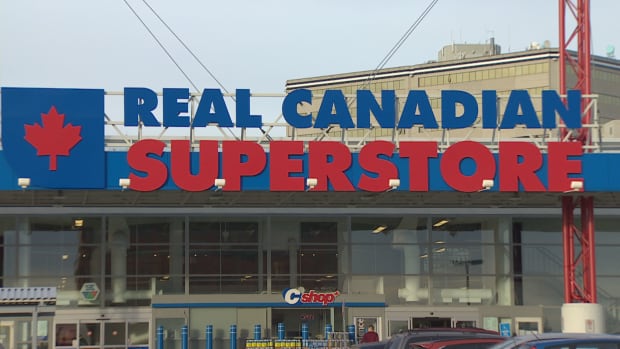 A Winnipeg woman says a recent trip to get groceries shook her up because pandemic safety protocol changes at the supermarket made her feel less safe.

Giselle Majersky, 72, said being able to do her own grocery shopping is integral to her mental health and independence, but her recent trip to the Real Canadian Superstore on Gateway Road was disconcerting.

“I had a really bad experience that really shook me up, because the cases are going up in the city, and we should all be vigilant, more than we were before,” she said.

Majersky said lines seemed out of control, sanitizing stations were empty and carts and baskets didn’t appear to get the usual disinfecting routine, but a company spokesperson stood by its safety measures and said it is constantly reviewing protocols with public safety in mind.

After months of having her family pick up groceries for her, Majersky resumed regularly shopping at the store during the summer. She had very good experiences at the beginning, she said.

What comforted her early on was being greeted by an employee who directed customers to a sanitizer dispenser and sanitized carts. Lineups at the entrance and at checkouts were distanced. It was well-organized, she said.

Masks have also been mandatory at Real Canadian Superstore locations across the country since the end of August.

But the last time Majersky went shopping, some of the previous controls appeared to be removed or changed, she said.

The store didn’t appear to be sanitizing carts, she said. Staff at the entrance who used to greet customers and squeeze sanitizer into their hands were no longer there, and the sanitizer dispensers were empty, she said. Lineups at cashiers no longer appeared to be monitored or distanced.

“It was so chaotic.”

Majersky asked to speak with a manager, who apologized and told her that changes to COVID-19 measures weren’t up to him and came from head office, she said.

“They basically told the manager, in his words, ‘Let’s go back to normal,'” Majersky said. “This is not acceptable.”

‘We sanitize all carts’

A spokesperson for Superstore’s parent company, Loblaw Companies Limited, said the protocols have evolved over time and are reviewed continually.

The spokesperson said the company is currently changing its lineup process but intends to maintain “appropriate physical distancing” to keep customers and workers safe.

“We sanitize all carts and shopping baskets after each customer’s use and place only sanitized carts and baskets in the entrance vestibule,” the spokesperson said. There is also a disinfectant wipe dispenser at the entrance for customers who wish to clean a shopping cart or basket again.

“This is a very rare occurrence in our experience, given the two-sided makeup of the dispensing unit,” the Loblaw spokesperson said.

Changes are being phased in gradually in the coming weeks based on input from staff on the ground at various locations, and in keeping with public health guidelines, the spokesperson said.

The Gateway location is the closest store to Majersky’s home. Other older residents of her apartment feel less confident about shopping there lately, she said.

She plans to go back due to the health benefits of getting out of her apartment, though she intends to be even more careful than in the past.

“My message to them would be please don’t make a decision [based] out of one place in Canada. The COVID situation throughout the country varies. Listen to your managers.”

More information about Loblaw COVID-19 safety measures are available on the company’s website.