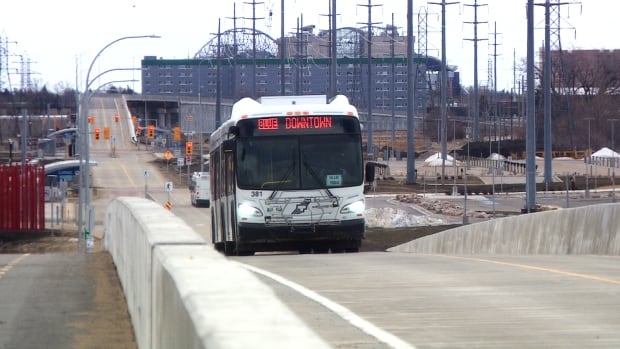 The union that represents Winnipeg Transit workers is calling on the city to restore regular bus service, which was cut back more than a month ago.

Members of the Amalgamated Transit Union Local 515 plan to take to the streets Wednesday to circulate a petition calling for bus operators to be called back and for better transit service, says union president Romeo Ignacio.

“We need the city to make sure our transit service is safe, reliable and we’re doing a proactive approach in getting back to some kind of normalcy,” he said.

In May, the province reduced service to an “enhanced Saturday schedule” and temporarily laid off 253 full- and part-time drivers because of the COVID-19 pandemic.

The cuts were made after ridership dropped 72 per cent compared to the same time frame in 2019 and revenue went down 74 per cent, the city said.

Ignacio says ridership has spiked since the province began its phased reopening of the economy and some buses are packed, making it very difficult for riders to physically distance.

This is especially concerning, he says, as the province has a draft plan for Phase 3, which would mean even more businesses are reopening at the end of the month.

“In most cases, people using transit don’t have any other means of transportation. Not everyone has a second car or has a free parking in downtown, so you need to provide that service,” Ignacio said.

On Tuesday, the city announced 100 of the laid-off transit drivers will be returning to work, but the head of Winnipeg’s office of emergency management said the city isn’t ready to make announcement on transit restoration yet.

“I can tell you that we are still monitoring weekly transit use and we are still in that approximate 68 to 70 per cent reduction in transit ridership,” Jay Shaw said at a press conference.

Shaw says the city is working with the union to develop long-term plans.

Ignacio says the 100 returning workers are there to fill in for drivers who are taking vacation.