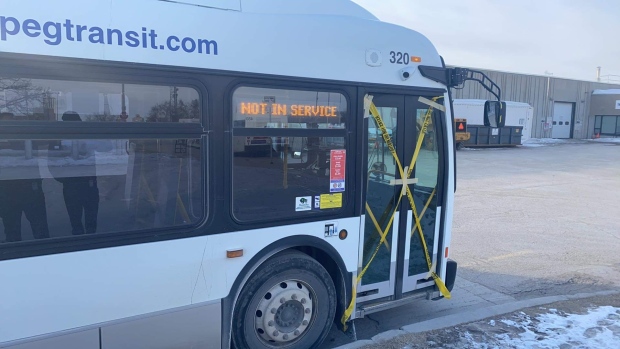 WINNIPEG — A Winnipeg Transit bus driver is in self-isolation and a number of buses have been taken out of service to be cleaned, after the driver started showing flu-like symptoms.

Winnipeg Transit told CTV News Winnipeg that when a bus driver reported to the operations centre they were showing symptoms, they were immediately told to stop driving the bus. They driver is now in self-isolation in their home, transit said.

“Out of an abundance of caution, the buses that the operator came into contact with over the last two days were immediately taken out of service and will be thoroughly disinfected prior to being released back into service,” a Winnipeg Transit spokesperson told CTV News Winnipeg in a written statement.

Transit said it used hospital-grade disinfectant to clean the buses, and has enough supply of the product for bus disinfection at this time.

Transit said staff members wear personal protective equipment while wiping down all touch point areas on the bus, including the driver’s compartment area.