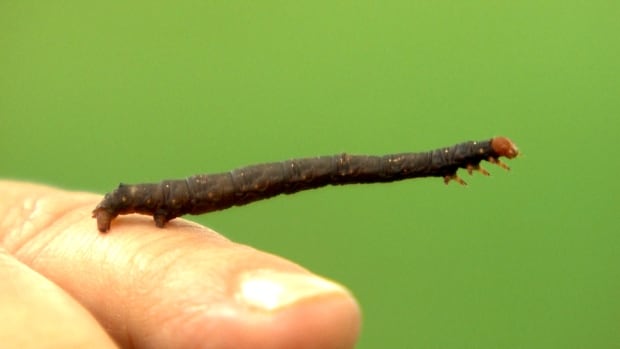 Winnipeg plans to spray for a second tree-borne worm species this week — but the city isn’t facing another “wormageddon.”

The city’s insect control branch plans to spray downtown’s Broadway-Assiniboine neighbourhood, West Broadway and parts of Wolseley in the coming days for elm spanworms, the dark-purple inchworms capable of defoliating the urban forest in areas along rivers.

The city has been spraying for cankerworms, the green inchworms that are widely dispersed throughout Winnipeg, since May 25. Several neighbourhoods in North Kildonan, West Kildonan, the North End, Elmwood, East Kildonan, St. Boniface and Fort Garry have already been treated with BTK.

Other neighbourhoods in East Kildonan and parts of Tuxedo will be sprayed tonight.

Allen described the spanworm and cankerworm infestations this spring as average. Forest-tent caterpillars are not active this spring, he said.

In 2017, all three species were defoliating Winnipeg trees in what was dubbed “wormageddon.”