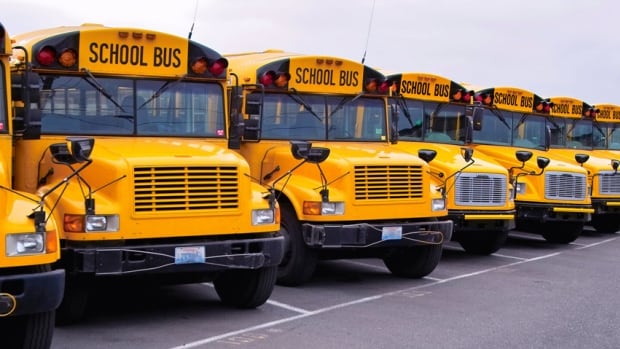 The union that represents bus drivers for the Winnipeg School Division says parents might not be able to rely on bus service come September.

Drivers met last week to review the details of their latest contract and “strongly turned it down,” according to a release from UFCW 832, which represents 95 bus drivers.

“Unless the school division adjusts their bargaining position and comes to the table with a fair offer, then parents will not be able to rely on the bus service when schools reopen,” Bea Bruske, secretary-treasurer of the union, said in a statement.

The current contract for the bus drivers expired on June 30, but they’ve been bargaining with the school division since March.

There are three more days of bargaining scheduled for this month, union officials said, but they have set a strike deadline of Sept. 8.

“Bus drivers have the important job of making sure our kids are looked after as they get to and from school. They deserve a fair deal,” Bruske said.

The Winnipeg School Division didn’t respond to a request for comment.

Nobody from the union was available Monday to answer further questions.