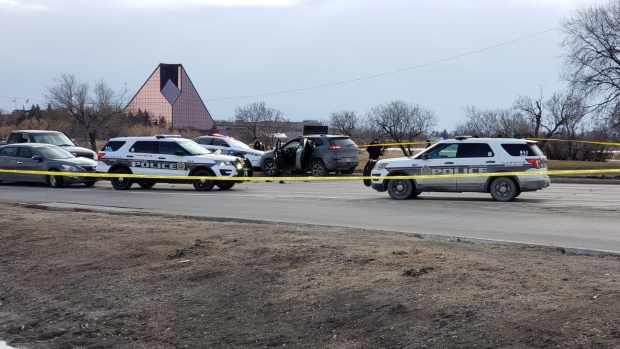 WINNIPEG — Multiple police vehicles are on the scene of an incident at Lagimodiere Boulevard and Fermor Avenue.

On Wednesday night, many police cruisers were on the scene of what appeared to be serious incident.

Photos from the scene show a number of vehicles surrounded by police tape. One vehicle, a dark CRV, was pushed up against a police cruiser and had its doors open.

Winnipeg’s traffic management centre tweeted that there was detours in effect in all directions.

CTV News has reached out to Winnipeg Police for more information.