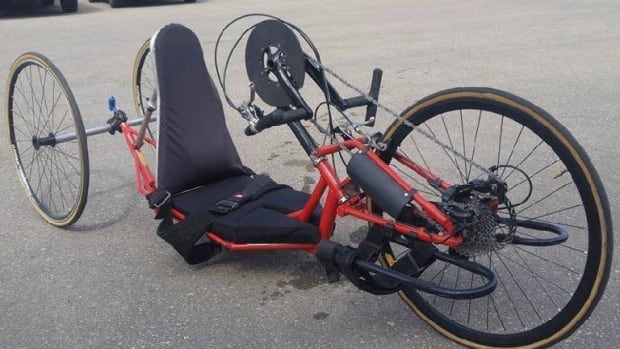 Police are trying to track down a handcycle that was reported stolen from an apartment building in downtown Winnipeg two weeks ago.

A handcycle is similar to a bicycle, except users pedal with their arms instead of their legs, and the seat is lower to the ground.

The handcycle which police say went missing overnight between May 13 and May 14, had been adapted for its owner, who has a disability.

The vehicle was in a storage room when it was stolen, police say.

Anyone with information about the theft is asked to call investigators from the Winnipeg Police Service’s major crimes unit at 204-986-6219 or Crime Stoppers at 204-786-8477.