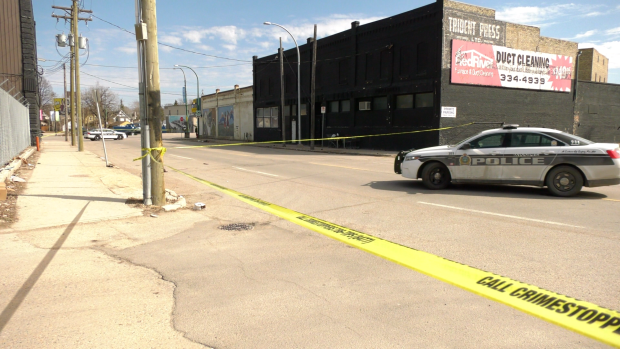 WINNIPEG — The Winnipeg Police Service has responded to a serious assault in the area of Dufferin Avenue and Main Street.

Police told CTV News they received a call around 2:45 p.m. Multiple police cruisers were on the scene late Wednesday afternoon, with police tape blocking off the road.

A hammer and a hat were seen on the road, along with what appeared to be a blood stain.

One man has been taken to hospital. Police said he appears to be in stable condition.

Police did not say if anyone has been taken into custody.

This is a developing story.