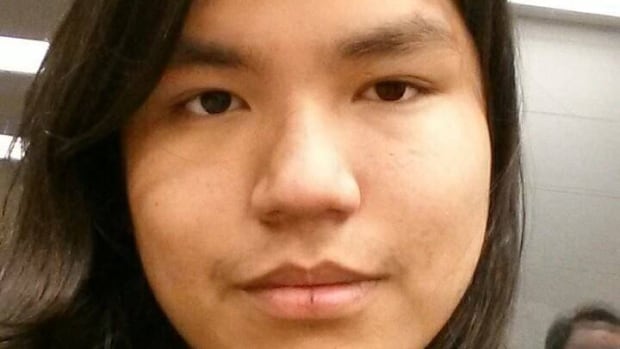 An inquest into the death of a 20-year-old man, who died following a struggle with Winnipeg police officers, says first responders took appropriate actions during the arrest and offers no recommendations for changes.

Judge Julie Frederickson concurred with an autopsy report that found the death of Taumas Justin LeBlanc in February 2017 was due to medical conditions and a state of excited delirium.

“The police officers and the paramedics all performed in accordance with the relevant polices and with their training. Their actions did not exacerbate the situation and, given the circumstances, kept Taumas as safe as possible,” the report, released this week, stated.

LeBlanc was living with his father, who called 911 late on the night of Feb. 12, 2017, saying he was afraid of his son. The elder LeBlanc said his son was heavily intoxicated and howling, and he wanted help removing him from the Garden City home.

Two police officers arrived and went downstairs, where Taumas LeBlanc was in his room. They described his speech as slurred and “babbling,” the inquest report says. The howling had stopped and he was making no move to get out of bed, so the officers decided that the best course would be to leave him to sleep it off.

They went to the main level to talk to LeBlanc’s father when they heard movement downstairs. When the officers went back down LeBlanc charged at them, according to the report.

WATCH | Taumas LeBlanc’s father talks in 2017 about losing his son:

Ken LeBlanc wants to know how his 20-year-old adopted son, Taumaos LeBlanc, who died in police custody in the early morning hours on Monday. 1:50

LeBlanc, who was six foot two and 245 pounds, was in an apparent state of excited delirium, which gave him extreme strength, the report says.

During the struggle, one officer used pepper spray on LeBlanc, but it had no effect in slowing him down. He did wipe his eyes, though, which allowed the officers to grab LeBlanc’s arms and handcuff his hands behind his back.

They tried to move him out of the basement, but LeBlanc went intentionally limp and they were unable to carry him. LeBlanc then flailed about, rotating his body position to face the officers, screaming and making indecipherable noises while trying to bite and spit at them, the report states.

LeBlanc was constantly moving about, arching his back and screaming, responding to questions with growls and grunts, and was physically bucking the officers, who by this time had been joined by additional police, the report says.

Paramedics arrived and injected LeBlanc with sedatives to prevent his heart rate from further increasing.

It was after midnight when firefighters and police officers were able to carry LeBlanc out of the basement. But once they got him up the stairs and outside, he was no longer breathing. He was taken to an ambulance, where first responders determined he was in cardiac arrest.

LeBlanc was rushed to Seven Oaks Hospital, where he was pronounced dead.

An autopsy showed no evidence of drug use in LeBlanc​​​’s system but noted he was highly intoxicated from alcohol. His immediate cause of death was atherosclerotic cardiovascular disease.

But the autopsy and the inquest report also listed chronic alcoholism, cardiomegaly (abnormal enlargement of the heart) and physiological stress due to the struggle with officers as contributing factors.

LeBlanc had also been suffering from severe coronary artery heart disease. The extent of his heart disease was so unusual for his age that it was suggested family members consider genetic screening, the inquest report says.

“In my opinion, the police officers and the paramedics all performed in accordance with the relevant polices and with their training. Their actions did not exacerbate the situation and, given the circumstances, kept Taumas as safe as possible,” Frederickson wrote, adding the type and dosage of medications given by paramedics was consistent with the protocol.

The inquest into LeBlanc’s death was ordered in March 2018.

No fault or blame may be assigned through an inquest, which is held to explore the circumstances and events leading to a death, and to determine if anything could be done differently.

A inquest judge has the discretion to make recommendations for change to provincial laws or to programs, policies or practices of the government or of public agencies and institutions, to prevent deaths in similar circumstances.

In LeBlanc’s case, Frederickson concluded her report by saying “I respectfully make no recommendations.”