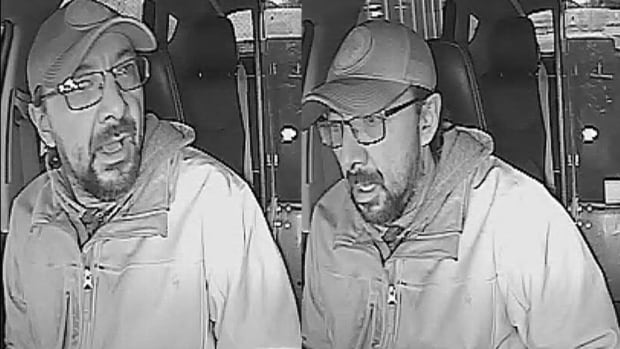 Winnipeg police are asking the public for help to find a man who is a suspect in the knifepoint robbery of a woman and her mother.

Police were called to a store in the area of Sargent Avenue and Empress Street on March 17 at about 7:30 p.m., according to a news release issued on Friday.

A 33-year-old woman and her mother, 56, were parked outside of the store when a man entered their vehicle. He then robbed the two women at knifepoint, police say.

The police service’s major crimes unit is investigating the robbery, and are asking the public for help identifying a person who was caught on video surveillance in the area.

The man is described as being in his late 40s, about six feet tall, with shoulder-length black and grey hair. He was wearing glasses, a black or dark blue windbreaker and blue jeans.