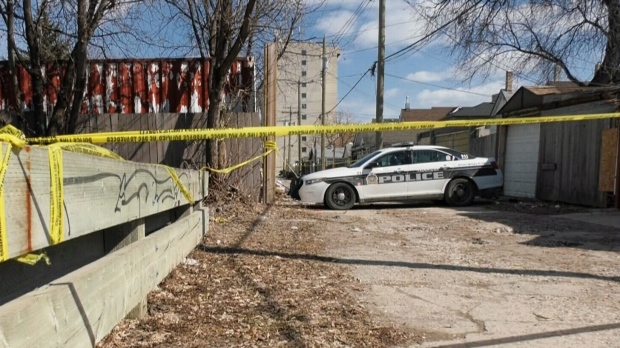 WINNIPEG — Winnipeg police are investigating a pair of homicides that happened in the last two days.

The latest incident happened on April 16 around 6:25 p.m.. Police said emergency crews were called to the 600 block of Main Street for reports that a man had been stabbed.

When officers arrived, they found the man and started medical treatment. He was taken to hospital in critical condition, but later died from his injuries.

The victim has been identified as 25-year-old Steven Anthony Sealy.

Carver said police have taken some people into custody.

“We do have a couple of people detained, I would probably label them as suspects, but charges haven’t been laid,” said Carver.

Police have also provided an update regarding another homicide that happened on April 15 around 1:40 p.m. near the intersection of Isabel Street and Ross Avenue.

The victim has been identified as 57-year-old Brian James Brisson.

Police found Brisson in the back lane of Ross Avenue between Ross and Elgin Avenue suffering from a gunshot wound.

He was taken to hospital in critical condition, but died from his injuries.

Police are asking anyone who was in the area at the time, around 1 p.m. and noticed any suspicious or unusual activity to contact the homicide unit at 204-986-6508.

Any businesses or residents in the area who have video surveillance are also asked to check their cameras for any activity. Police said any details that may appear insignificant could be critical information for investigators.

Carver said Brisson was known to be in the area, but he was not involved in any criminal activity.

“All homicides are tragic, but this one particularly so,” said Carver. “Sometimes I stand up here and talk about homicides where we got people who were involved in criminal activity or gang lifestyle where the choices they made contributed to putting them in a situation where they were killed. This is absolutely not the case.”

He added that Brisson was known to feed cats in the area and was known in a neighbourly kind of way.