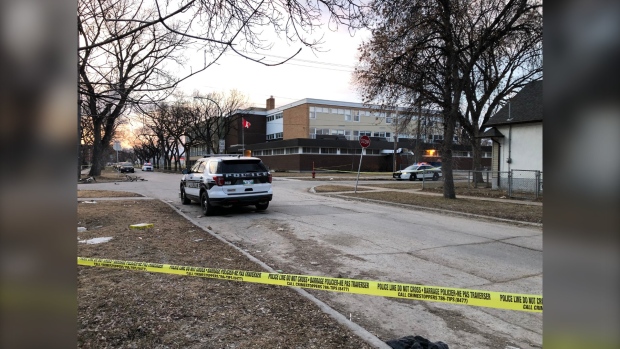 WINNIPEG — Winnipeg police are investigating what they’re calling a “chaotic scene” in the city’s North End on Monday morning.

Images show the sidewalk coated in blood outside a home in the 400 block of Flora Avenue.

Officers said they responded to the altercation involving multiple people around 4:15 a.m. They did not confirm any injuries.

Multiple police units are on scene, with officers knocking on doors in the area.

– With files from CTV’s Tim Salzen and Alex Brown.