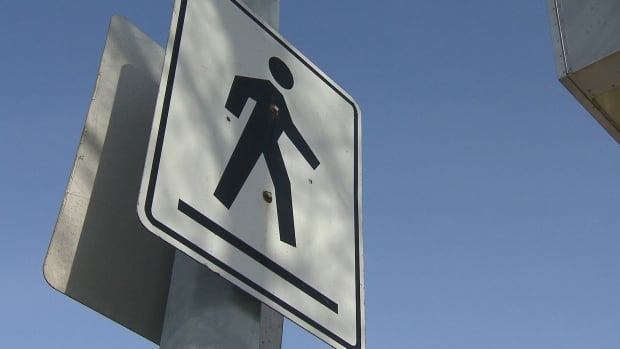 The driver involved in a crosswalk collision that killed Jillian Lammatao last summer has now been charged, Winnipeg police said in a Tuesday news release.

The collision happened on the afternoon of July 31, 2019 — just two days before Lammatao’s 24th birthday — at the intersection of Sargent Avenue and Simcoe Street.

Surveillance video later showed her push the button at the crosswalk, wait, and then start crossing the street, before she was hit by a dark-coloured sedan heading west on Sargent.

Lammatao was sent to hospital in critical condition, but died from her injuries a week later, according to police.

The driver, 89, stayed on the scene and was arrested by Winnipeg police.

Police said Tuesday that the driver, who they did not name, was charged on Monday with one count each of disobeying a traffic control device and careless driving causing death.

Manitoba Public Insurance said last fall there were a “disturbingly high” number of pedestrian fatalities on the province’s roads in 2019.

On average, about 12 pedestrians are killed in Manitoba every year, MPI says — a number the province had already reached by mid-September last year.