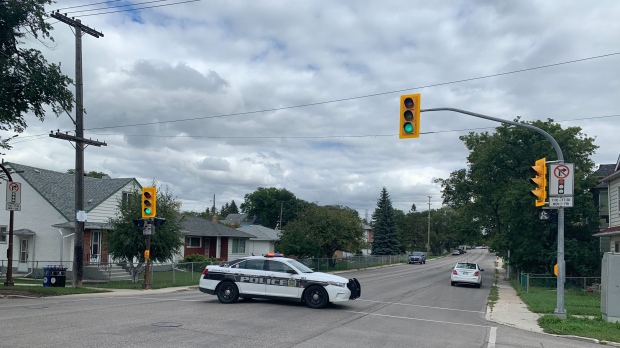 WINNIPEG — Winnipeg police blocked off an intersection in the Elmwood area of the city, Monday afternoon.

Around 4 p.m. on Monday, police were seen responding to an incident on Johnson Avenue West. The road had been blocked off by police at Brazier Street. Multiple police cruisers were seen in the area, and a police officer could be seen carrying what appeared to be a rifle.

The intersection was reopened at around 4:15 p.m. Monday.

CTV News has reached out to Winnipeg Police for more information.