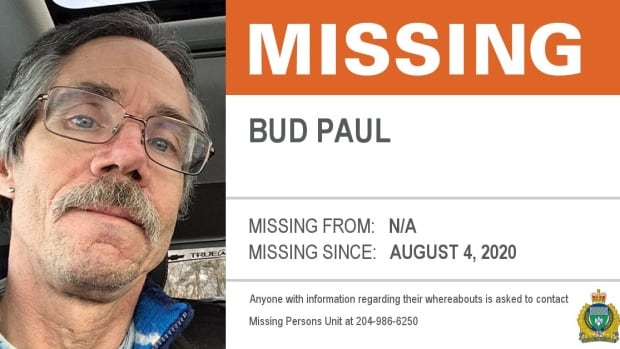 Police are asking for help from the public to find a man reported missing last week.

Bud Paul, 56, was last heard from on Aug. 4, Winnipeg police said in a news release Tuesday.

Police are concerned for his well-being, the release says.

Paul is described as five-foot-five with a small build, grey hair, a moustache and glasses.

Anyone with information is asked to contact the police’s missing persons unit at 204-986-6250.