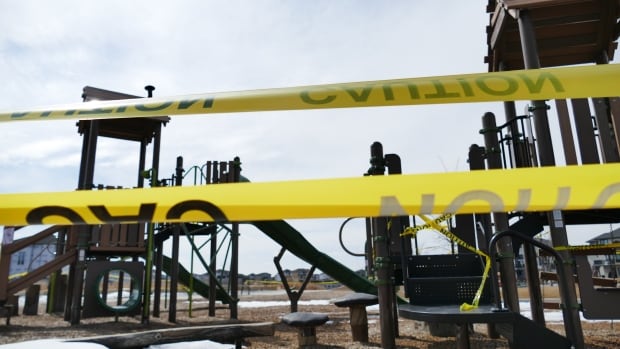 They fanned out in dozens of parks, playgrounds and playing fields in Winnipeg, but city staff didn’t issue a single ticket during the first three days of enforcing the province’s physical distancing regulations.

Patrollers went through 234 parks from between Saturday and Monday, according to a city news release.

They issued 12 verbal warnings for social distancing, one for gathering in a large group and no fines.

Staff also warned residents to stay away from closed public facilities 32 times over the Easter weekend, the city said.

The patrols and enforcement were authorized under the Winnipeg’s state of local emergency declaration and existing by-laws.

Made up of community service ambassadors and by-law enforcement officers, the patrols can hand out fines of up to $1,000 in city parks and other recreational properties.

The province can also levy fines in an effort to ban public and outdoor gatherings of more than ten people.

The city said the patrols had 819 “positive interactions” over the three day period.

“It is encouraging to see the positive engagement our Community Service Ambassadors had with citizens over the weekend and no penalties handed out,” mayor Brian Bowman said in the release.

Over 60 city staff are assigned to the patrols during the health crisis and have been directed to physically distance themselves from residents when they are working.