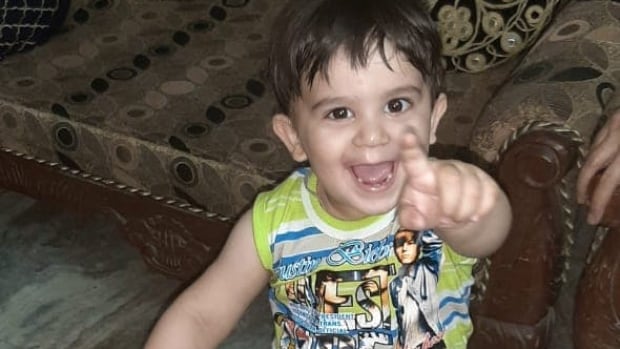 A Winnipeg mother is relieved and overjoyed to finally be reunited with her toddler after months of trying to get him home from India during the COVID-19 pandemic.

Ashley Singh’s son, Drake, left for what was intended to be a 45-day stay with his grandparents on March 3, before the COVID-19 pandemic hit Manitoba and created major obstacles to international travel.

Singh made several attempts to get her son and his grandparents on a flight back to Canada, only to have her hopes dashed at the last minute every time.

But she was finally able to get him home with some help from High Commission of Canada in India, who reached out to her a few days after media reports circulated last month about her struggle to reunite with her nearly two-year-old son.

Drake and his grandparents landed in Winnipeg on July 28.

“When I saw him I was like, you know what, nothing else matters right now,” she said.

“The world kind of feels like it’s coming to an end sometimes, but at that moment I was like, I don’t care about anything else. I have my son, I have my in-laws, anything else can happen at this point and I’d be happy.”

Singh said the reality that her almost two-year-old son was finally coming home didn’t really hit until he boarded a connecting flight to Toronto.

The last time she tried to get him home, Drake and his grandparents were booked on a Lufthansa flight set to leave New Delhi on July 7. But when they went to check in, the airline wouldn’t let them through, despite having all the necessary paperwork to fly, Singh said.

This time, Singh says someone working with the High Commission of Canada in India helped her every step of the way, even sending someone to meet her in-laws at the airport to make sure they were able to board their plane.

Singh said she started to cry when she found out that they had successfully boarded their flight home.

“I just kind of had a feeling of shock, of like, holy crap — like, it’s actually happening,” she said.

“But it really didn’t hit me that it was real until we got to the airport to pick them up two days later. It was like, maybe something’s gonna go wrong.”

Drake and her in-laws have now made it past the required 14-day isolation period for returning travellers, and everyone is happy and healthy to be home, Singh said.