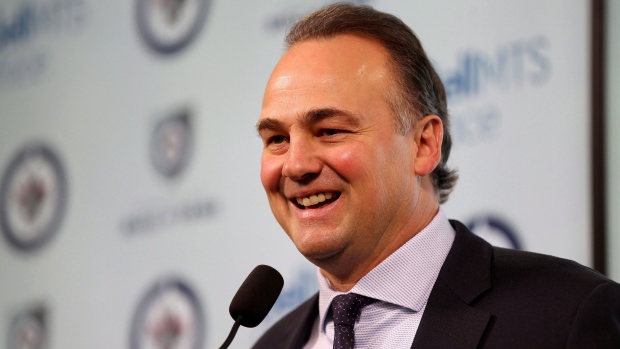 His eldest son Eric broke the news on Twitter, saying his dad will continue to fight hard against the disease.

Dale Hawerchuk was first diagnosed with stomach cancer in August 2019, prompting him to step down as coach for the OHL Barrie Colts.

In an interview with TSN in September, the hockey great admitted cancer treatment was taking a toll, but he was determined to power through.

“The chemo has hit me pretty hard. I do it one week, and it breaks the body down, and then the next week, I take a break and build my body up so I can do it again,” Hawerchuk told TSN’s Rick Westhead.

Hawerchuk rang the bell and declared he was cancer-free three months ago.

The Winnipeg Jets offered their support, saying Dale “has always faced his toughest opponents head-on, and this will once again be no different.”

Hawerchuk was drafted by the Jets first overall in the 1981 NHL entry draft and won the Calder Memorial Trophy in his rookie year.

-With files from CTV’s Siobahn Morris