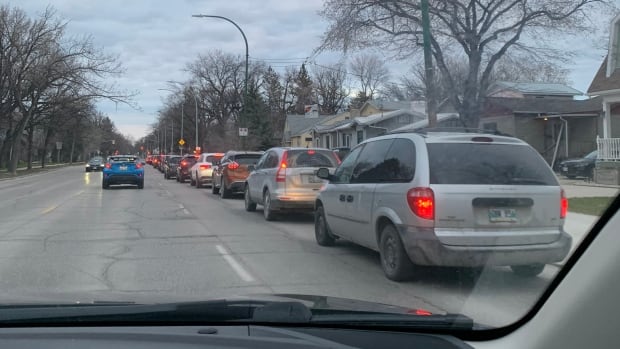 After opening for just two days, one of Winnipeg’s most iconic ice cream spots has closed again.

Bridge Drive-in opened a drive-thru at its Jubilee Avenue location on Friday in place of its regular walk-up service.

But it was quickly overwhelmed, with vehicles lining up for blocks on the street.

That sparked complaints from nearby residents about driveways and lanes being blocked by stopped cars.

“You know, we’re only human and we made a mistake,” said Justin Jacob, owner of BDI. “We acknowledge it and we want to correct it now.”

Jacob said the Jubilee location was immediately shut down.

“The correction for now is to close down and we’re working on alternate plans to keep something in place that we can open,” he said.

Jacob plans to re-evaluate over the coming days on what the next steps will be.

“We will re-evaluate and try to reopen to pedestrian traffic with social distancing measures in place, as well as decreased parking in our lot,” read a post on the BDI Facebook page.