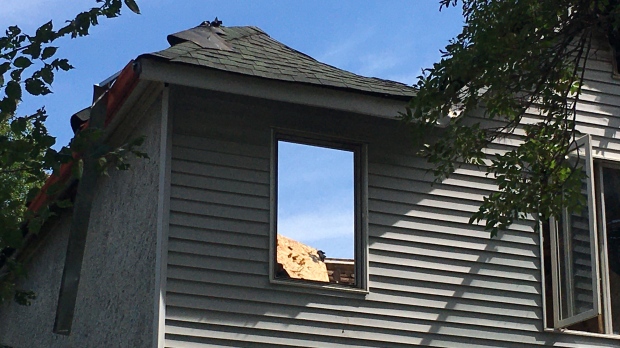 WINNIPEG — A Winnipeg home is expected to be a complete loss following a second fire in a month that occurred Tuesday morning.

Members of the Winnipeg Police Service reported the fire, located in the 400 block of Elgin Avenue, at 1 a.m.

The home was damaged in a previous house fire on July 11, making it unsafe for firefighters to enter the building. Firefighters worked to extinguish the fire from the outside, and the fire was declared under control at 2:27 a.m.

People in a neighbouring home evacuated as a precaution, and no injuries were reported. Firefighters said a home was also damaged by radiant heat from the fire.

The fire was spotted at 1:13 a.m. The blaze was brought under control quickly, as additional units responded.

The cause of the garage fire is being investigated, and no damage estimates are available.