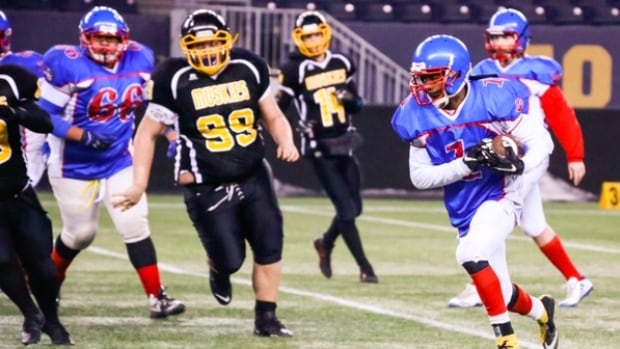 High school football won’t be going forward this fall in Winnipeg due to safety concerns over COVID-19.

The Winnipeg High School Football League has made “the extremely tough and emotional decision” to postpone its season, with the aim of providing a 2021 spring season, the league said in a Thursday news release.

This is the first time the league has had to interrupt its season since 1953, when the season was halted due to the polio pandemic.

“I’m at loss for words,” said the league’s commissioner, Jeffrey Bannon, in the news release.

“I, like so many, love this game, [and] value its teachings and the fellowship,” he said.

“However, this game has also taught us how to battle through adversity and become better for the challenge.”

In addition to working toward a spring season, the league is also looking into other programming, such as flag or touch football, so high school athletes can still be physically active, develop their skills and advance toward their post-secondary goals.

The league consists of several divisions with a number of teams from both within Winnipeg and outside the city, including Brandon, Steinbach, Portage la Prairie, and even Dryden and Fort Frances in northwestern Ontario.

Typically, the league’s season kicks off in the first week of September, with teams suiting up for practices two weeks prior.

This summer, the league indefinitely postponed training camps that were scheduled in August, saying it was having discussions with school divisions and members teams about how a 2020 season could move forward.

At the time, Bannon said the league was looking into its options, including having small groups of teams play each other, rather than league-wide competition.