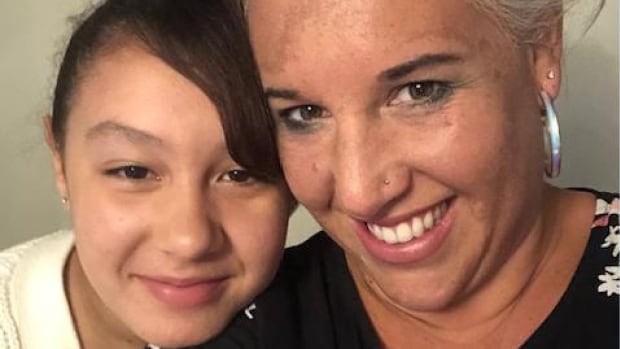 Close to 300 French immersion students in Winnipeg’s Louis Riel School Division will be going to different schools this fall to accommodate physical distancing and prevent the spread of COVID-19.

Parents were notified of the plan late last week, the division says, after it determined four of its schools didn’t have the space to keep students safe.

“As a parent I was a little concerned to learn of this Friday of last week,” said Karen Viveiros, whose 13-year-old daughter Casera would have attended École Van Belleghem this fall.

“Having said that, I know things keep changing because of COVID so I really appreciate with the school division is doing to minimize the risk and prevent the spread.”

Viveiros’s daughter will move to Island Lakes Community School, along with her entire class and three teachers, she said.

“It’s an adjustment for sure. For some kids it is going to be tough, because they don’t like change,” she said. “But I think my daughter is fairly open-minded and excited to go back.”

In total, 296 students from Grade 5-8 will be moving, mostly into nearby English schools, the division said, including 66 students in Grade 7 and 8 from Viveiros’s daughter’s school.

The largest move will see 107 students in Grades 5 and 6 at École Sage Creek School transfer to Shamrock School.

“I am a little nervous, because I haven’t seen the school yet, and obviously I am not going to be in a French school this year, so there is going to be English in one part of the school.” said Casera, who is about to start Grade 8.

“But overall, I am going to be with my friends and my teachers too, so I am excited about that.”

Viveiros had been hoping her daughter would be able to get a tour of the new school this week, to find out where the lunchroom, bathrooms and gyms are, but there won’t be enough time, she said. The students won’t have access to shops at the new school, she added.

Her daughter will still be taught in French, but Viveiros isn’t sure how the school will keep English and French students separate, if at all. The move also means her daughter will take the bus to school instead of being able to ride her bike.

“There are definitely some losses,” Viveiros said.

Deciding which students should be moved, where and with the least disruption, has taken months of planning and fine-tuning, said Christian Michalik, superintendent of the Louis Riel School Division.

“It’s one of the final pieces of the puzzle to achieving two metres of physical distancing for all staff and students in 40 schools in our division,” said Michalik. “We have been busy all summer looking at our spaces, measuring rooms and reviewing floor plans — a huge effort, which started back in June.”

Officials considered where students lived in relation to the schools, what a move would mean for transportation plans, the impact on families and where students’ friends were going before making the decision, he said.

The majority of parents have been positive and willing to make the accommodation being asked, he added.

High school students are not changing schools because the plan is for them to attend every day for a half day and do the rest of their studies from home.

Michalik said it could be some time before all students can return to their usual schools.

“When we are out of it we will be back to the way things were,” he said. “Hopefully … with all of this work, there will be some lessons that stick in terms of some of the re-thinking we are doing.that will outlast the pandemic.”