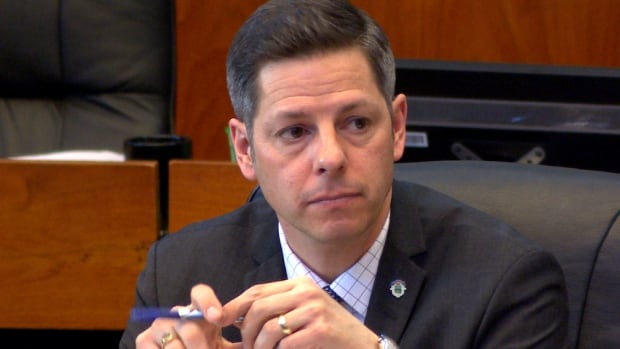 Winnipeg city council declared a local state of emergency on Friday, as council also voted 15 to 1 in favour of a tax-relief package for businesses and property owners.

The city suspended penalties for unpaid property and business taxes for up to three months following their due date.

Friday’s city council meeting was unlike any other.

There were no delegations and no members of the public in the gallery. Councillors were kept a social distance apart as they voted on steps to deal with the pandemic crisis, including a declaration of a local state of emergency.

That gives Winnipeg sweeping powers to take over property if there is a need and limit access to certain areas if required.

“There are no immediate plans to exercise the powers under the declaration of the state of local emergency,” Mayor Brian Bowman said.

From now on, city council and committee meetings will be held electronically.

The lone vote against the tax-relief package was from a councillor who said it was the result of an error.

Coun. Jason Schreyer voted against the tax deferrals — but later said an error had been made and he intended to vote for the tax package.