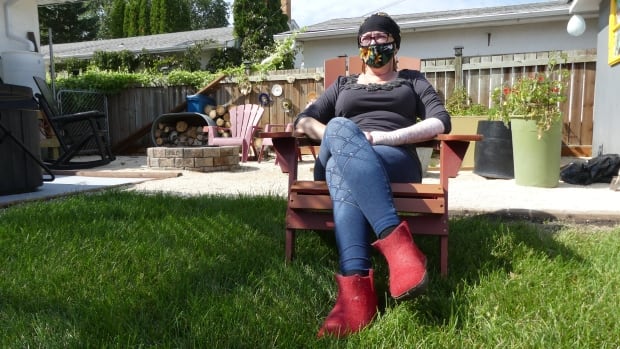 A breast cancer patient in Winnipeg is lamenting the fact that in the coming months, she’ll no longer be able to visit her neighbourhood hospital to receive treatment.

CancerCare Manitoba will no longer offer outpatient care at Concordia and Seven Oaks hospitals as of December, consolidating those services instead at four other Winnipeg locations.

“For me, it’s like breaking up a little family,” said Sherry Klassen.

She was diagnosed with breast cancer a decade ago. Aside from a few years where she was in remission, she has returned to Concordia Hospital every few weeks for treatment.

The staff knows her by name. She said the care she receives is exemplary.

“I really like feeling that I don’t have to go far to get what I need. I’m in, I get it done, I get home,” Klassen said.

“It will be a sorrow to me to lose that.”

Sri Navaratnam, president and CEO of CancerCare Manitoba, said in a news release Friday that an “independent review of cancer services has highlighted the benefits to access and quality of care” that come with consolidation.

“We are confident these changes will allow for enhanced high-quality cancer services to be delivered safely and effectively at these sites, particularly as Manitoba’s population ages and changes.”

Klassen sees the organization’s move as a cost-cutting measure.

She understands the need to save money, “but for me, there’s no comfort in losing that site. That just adds one more stressor to the things I already have to deal with.”

Her life revolves around her breast cancer diagnosis, which has progressed to Stage 4, and the various rounds of treatment she receives, Klassen said. She visits Concordia multiple times a months.

Her family can usually run a few errands as they wait for her treatment to be done, or even return home, since the hospital is nearby.

That won’t be possible if she has to be chauffeured regularly to another hospital, such as St. Boniface, where she’s also worried about dealing with a shortage of parking.

“The process of getting in and out is a hassle,” she said.

4 sites for outpatient care, down from 6

Beginning in December, outpatient care in Winnipeg will only be offered at CancerCare’s headquarters at 675 McDermot Ave., and St. Boniface, Victoria and Grace hospitals.

The organization will contact affected patients to ensure they are taken care of at their preferred location, it said in a news release Friday. CancerCare said no staffing will be reduced as result.

The head of Manitoba’s nurses union says her members are “deeply concerned” by what she described as rushed consolidation.

The health system in Winnipeg has gone through an overhaul the last few years already, with the conversion of  three emergency rooms to other uses, noted Manitoba Nurses Union president Darlene Jackson.

“This will not only affect CancerCare staff, including several nurses at the Concordia and Seven Oaks hospitals, but also the patients from the surrounding catchment areas, including rural communities,” she said in a statement.

“Protecting CancerCare services at these community hospitals is important for ensuring accessibility, improving care, and reducing burdens for CancerCare patients.”

Lounging in her North Kildonan backyard, Klassen was pleased to say her cancer isn’t progressing right now. Her family and her Christian faith have kept her fighting, she says, but she’s aware of the long-term prognosis.

“As a person with sincere beliefs, I know where I’m going, I’m just not in a hurry to get there. I’d much prefer to have as much time as possible with my family and enjoy them and still be part of their lives.”