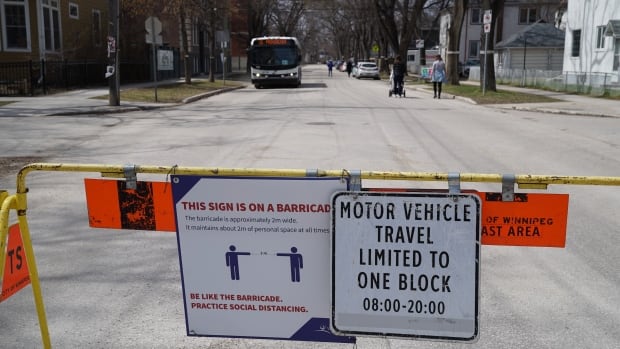 A man who broke physical distancing rules at a Winnipeg skate park is the second person to be ticketed by bylaw officers for violating public health orders.

Shaw said at around 8 p.m., officers confronted a group of approximately 10 people using the skate park. At the time, the facility was closed as part of city-wide COVID-19 shutdowns, so officers asked them to leave.

All complied with the request, except the man who was ticketed.

He refused to leave when asked and became “aggressive and defiant,” Shaw said, adding he came within three feet of an officer and would not identify himself.

Eventually he left the park. Winnipeg Police Service confirmed the man’s identity, then bylaw officers went to his house to ticket him.

Shaw said the man has been charged and could be facing a penalty of up to $1,000 or six months in jail.

“Let’s be honest here, 99.9 percent of folks are listening,” Shaw said, noting most are polite when asked to comply.

The man is the second skateboarder to be sanctioned for violating public health orders. Last week, a male was ticketed at Varsity View Sportsplex in Charleswood.

Shaw said the city will continue to monitor and enforce public health orders at city parks, and all other enforcement issues should be directed to the province.

In total, officers have given 40 verbal warnings and had 642 “positive interactions,” according to Mayor Brian Bowman, who said in the news conference on Tuesday he hopes Winnipeggers will continue to respect the orders.

“Obviously where penalties have to be provided, it’s entirely appropriate. We don’t want to see incidents like this continue,” he said.