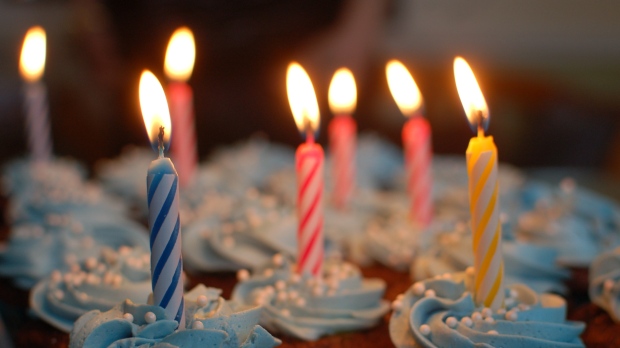 WINNIPEG — A Winnipeg-born woman is set to celebrate her 100th birthday on Monday, and will do so while still maintaining physical distancing protocols mandated during the COVID-19 pandemic.

Eve Sharples, born on March 23, 1920, was raised in Winnipeg, but after the Second World War moved to Chicago, where she lived up until the start of this year. In January 2020 she came back to Winnipeg to be closer to her granddaughter, Tiffany Wilson, and has been staying at the Riverwood Square.

The assisted living home was closed last week due to the spread of COVID-19, so Wilson had an idea of how they could still celebrate the milestone birthday.

“We have decided, since they closed the Riverwood last week, to have a sing-along or sing `Happy Birthday` to her, but because we are not allowed to enter into the building, we will be singing to her from outside the front doors, which are all glass,“ Wilson said, noting at 1:30 p.m. Sharples will be brought into the lobby with some of her friends where there will be balloons and cupcakes.

Wilson, who teaches voice and piano, also put out a call to some of her students, family, friends and colleagues to come and sing `Happy Birthday` and `For She’s a Jolly Good Lady.`

On top of this, Wilson sent out a message to people that she knows to ask them to send her emails or letters sending best wishes to Sharples. Wilson said she`s gathered up a box and has been collecting these letters to give to her grandmother to read over the next few weeks.

This was Wilson`s third time planning the birthday celebration: the initial plan was to have her family, who lives all around the world, travel out to Chicago, but Sharples had an accident and ended up coming back to Winnipeg. The next plan was to have everyone come out to Winnipeg for a party, which had to be cancelled due to the virus.

“I`ve been trying to come up with a hundred different ideas to make this an important occasion, because she`s been looking forward to it, for a year we`ve been planning it,“ said.

“And so this was probably about the best idea that I could come up with.“

Wilson said her goal in all of this is to raise her grandmother`s spirits and make her feel loved during this dark time.