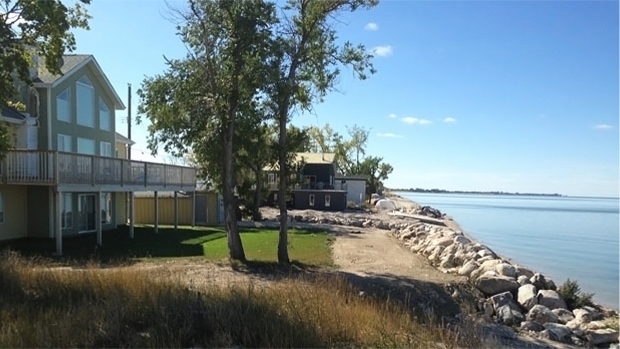 WINNIPEG — The mayor of Winnipeg Beach has a message for out-of-town cottagers, as the town faces a number of summer festival and event cancellations due to the COVID-19 pandemic.

With the weather warming up and summer right around the corner, cottagers may be gearing up for some time away from the city.

The province is reminding Manitobans to avoid travel to their cottages. Manitoba health officials have said the jump in seasonal cottagers could put a strain on smaller health centres if the visitors get sick.

Winnipeg Beach Mayor says if Manitobans do come, they should bring their own supplies and try not to make any pit stops.

“If you’re going to be coming up to the cottage, go directly to your cottage. Try to bring your bring own supplies into the area and don’t stop at other places,” Winnipeg Beach Mayor Tony Pimentel told CTV News.

“If you can ensure that you have your supplies, and that you’re not, again for necessities and stuff going to the local stores that are limited in supplies.”

Pimentel said the full-time residents depend on these local stores for supplies. He said in the past they have seen people clearing out stock in the different stores.

He said he understands that some people will have to visit their cottages.

Winnipeg Beach Town Council has announced a new round of closures which includes play structures, skateboard parks and the Winnipeg Beach Bandstand. These areas will remain closed until further notice.

The council also announced all outdoors events and performances up to the end of July 2020 will be cancelled. This includes Boardwalk Days and Canada Day celebrations.

Pimentel told CTV News these events usually attract several thousand people each year. Pimentel said the cancellations were the right thing to do in an effort to stop the spread of the virus and promote physical distancing, though it will still have an impact on local businesses.

“I have no doubt in my mind that we will be able to bounce back,” said Pimentel. “If we look at next year, I think we’ll see more and more people of Manitoba and other parts of the Canada and the United States and even the world coming to Manitoba. This is a wonderful province to come out to and I think we’ll do much better coming out of this whole unfortunate situation.”

Pimentel said town council will continue to follow the advice outlined by provincial health officials. He said they are planning on waiting to hear what Manitoba Premier Brian Pallister has to say in the coming week about easing up restrictions.