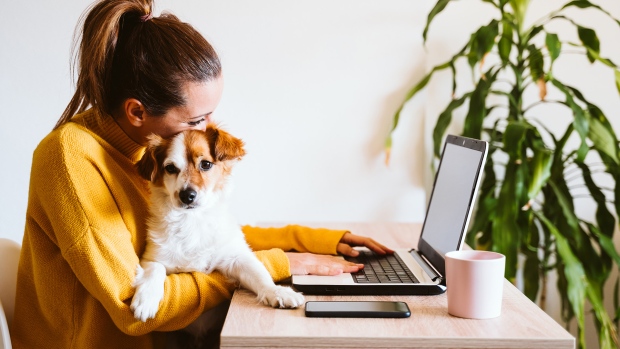 WINNIPEG — As Manitoba continues to reopen and more people return to work, the Winnipeg Humane Society said it’s concerned about the impact this may have on pets.

Javier Schwersensky, CEO of the Winnipeg Humane Society, said he’s not concerned more animals will be surrendered as Manitobans go back to work, but rather that animals, especially dogs, will develop some anxiety being left alone after becoming accustomed to being with their caretakers all day.

“What we have done through the pandemic is we have really amped up our behaviour support line,” he said, noting that whether an animal becomes anxious may depend on its age.

“We’re quite confident that the systems in place will allow for pets to be happy and not see any surge in returns,” he noted.

ADOPTIONS DURING THE PANDEMIC

Schwersensky said the organization monitors the number of surrenders, adoptions, and returns, but it hasn’t seen much change during the pandemic.

“None of those variables have meaningfully changed due to the pandemic,” he said,

Schwersensky said though other rescues may have seen an uptick in adoptions, he believes the Humane Society has stayed roughly the same due to their robust adoption process.

“We think that the reason why is, because when you adopt from the Winnipeg Humane Society or other shelters in the city, or other rescues, there’s a very thorough process,” he said.

“It’s not that you just show up and we give you an animal. We do a lot of matchmaking.”

Schwersensky explained that during the pandemic, people can’t just show up to the Winnipeg Humane Society. Now, they need to look online for available pets and set up an appointment with an adoption counsellor, who will tell them everything about that pet and what it will take to care for it.

“Because it’s a really robust system around the adoption of a rescued animal, we didn’t see any real change,” he said.

Schwersensky said he appreciates people’s understanding when it comes to the organization’s new reality.

“We are quite moved that people are undeterred by that. That they do call to make an appointment and continue to adopt and save lives,” he said.