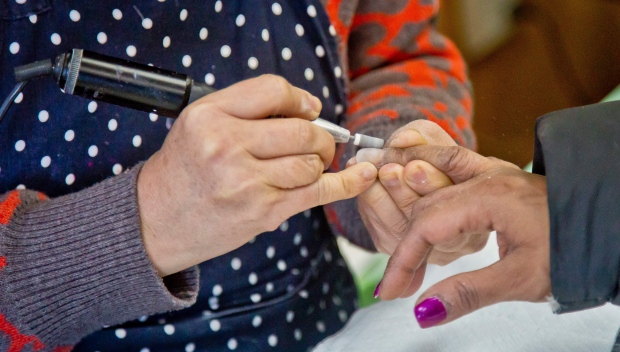 WINNIPEG — As part of Manitoba’s second phase of reopening its economy, spas and nail salons will be permitted to reopen, but they can only do so under strict rules and guidelines that allow them to facilitate physical distancing.

This means they must limit occupancy to 50 per cent of regular business levels or one person per square metre – whichever is lower. They also must implement measures so the public can maintain a separation of two metres, except for short exchanges.

Amanda Alsop, co-owner of Fifth Hair Lounge and Beauty Bar, which offers manicures and pedicures among a number of other services, said she was excited when she heard spas would be able to open, though she was hoping for a more concrete date.

During a news conference on Thursday, Premier Brian Pallister said the suggested date for the second phase of reopening is June 1, though this is subject to change.

“We’ve been preparing for it and it’s been exciting,” Alsop said. “I know all of our estheticians are really excited to get back to work as well. So we’re prepared and ready to go. Having the hair salon being part of Phase One has definitely helped us be prepared for Phase Two, for sure.”

Alsop noted they have a nurse practitioner employed at the business, who has been coaching them through their reopening.

She said the business has been preparing by following all of the government’s guidelines.

This includes ordering hand sanitizer, personal protective equipment and cleaning supplies. Alsop said the business is pre-screening people upon entry, not accepting walk-in clients, limiting the number of people in the building, and ensuring staff are aware of the new guidelines.

Alsop said the biggest difference clients will notice when they get their nails done is a change of environment, as the salon is normally bustling with lots of people and chatter.

“Not having as many inside has kind of made it a little slower, we’ll call it,” she said.

“That’s the biggest change, but other than that, with how things have been going (at the hair salon), it’s the same old business, same old Fifth, just a few little different components, like wearing the face masks and having to be pre-screened upon entry, but other than that the services are still the same.”

For anyone nervous about returning to a spa, Alsop said they are respectful of how everyone is feeling, as this is a new situation.

“What we can assure everyone is that we are taking all the necessary protocols and then some to make sure that everyone is protected and feels safe in our environment,” she said.