Home  »  News   »   What an increase in homeschooling in Manitoba could mean for K-12 enrollment, funding 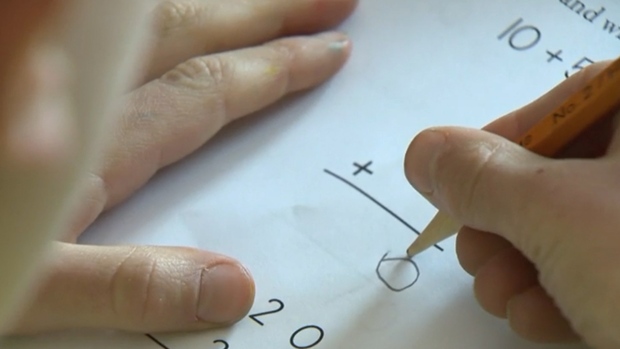 WINNIPEG — More Manitoba families are inquiring about homeschooling as an alternative to sending their children back to school for in-class instruction amid the COVID-19 pandemic, according to Alan Campbell, president of the Manitoba School Boards Association.

“At this point, I would say school boards aren’t overly concerned about a mass move of families to the homeschooling option,” he said. “We do, though, have it on our radar and have raised it as a consideration from school boards to government, given the possible impact to funding.”

The Manitoba government and school divisions have released plans that would see most kindergarten to grade eight students resume in-class instruction five days a week, with grades nine through 12 across the province doing a mix of in-class and remote learning.

Most students, unless they have underlying medical or health conditions, will be expected back in class and the province has said there’s no option for remote learning on a full-time basis.

Not all parents are comfortable with the plan, a fact that hasn’t escaped Campbell, who said more families are starting to ask about homeschooling.

“Of course with school division plans being released yesterday there are more and more inquiries by families who may not be comfortable with the prospect of sending their children to public school in the environments that are being planned for,” said Campbell. “We’ve made it clear, though to government, the planning cycle is well underway and we need to be funded on the basis that all students are returning.”

If families sign up for homeschooling, their children wouldn’t be counted as part of the public school system.

Campbell said with school divisions getting about 60 per cent of their funding from the province on a per-pupil basis, the impact of declining enrollment could affect budgets even though a dramatic change isn’t expected.

“We’ve made it very clear from school boards that the expectation for government is that school boards will receive base funding on the premise that everyone who was in our schools last year will be returning to our schools this year. That is how we’re planning from a fiscal and logistics, operational lens. As you can imagine those lenses are more important in this planning cycle than they ever have been.”

The Manitoba government has previously said school divisions will have access to $48 million in education savings from last school year to cover unanticipated costs during this upcoming year.

Campbell said in the event surpluses carried over by school divisions from last fiscal year aren’t enough to sustain expenses brought on by the pandemic, the government will be asked to provide an increase in funding.

He said families considering homeschooling as an alternative should keep a few things in mind.

“It’s important for families to understand this is not what occurred in the spring of 2020. This is not communication between teacher or school and parent on curriculum information, on resources, on pedagogical advice,” said Campbell. “There is nothing like that in the homeschooling situation. It is a direct relationship between the department of education homeschooling branch and the parent.”

Canadian Centre for Policy Alternatives Manitoba director Molly McCracken said in an email to CTV News that the proportion of students currently homeschooling is small – about 1.7 per cent, or, 3,700 children out of 210,000, according to provincial enrollment data from last year.

“We can only speculate as to how many more families can and will homeschool during COVID, many families have no choice as both parents work during or have other responsibilities during the day,” McCracken said in the email. “The real question here is to the province: will they adequately fund schools so they can implement safe practices such as reduced class sizes.”