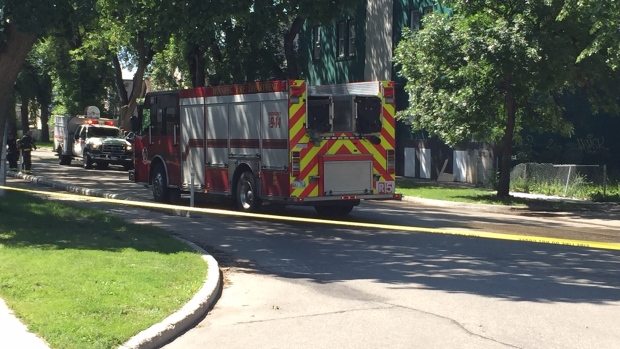 WINNIPEG — style=”margin:0in;margin-bottom:.0001pt”> The Winnipeg Fire Paramedic Service had a busy start to the weekend with two Saturday morning fires, one of which reignited.

When crews arrived on scene, they encountered heavy flames smoke coming from the home. Firefighters launched an offensive attack, declaring the fire under control at 7:49 a.m.

No one was inside the home at the time, and no injuries were reported.

At 9:06 a.m., crews returned to the house to extinguish a fire that had reignited. Crews declared this fire under control at 9:42 a.m.

Shortly after, at 9:58 a.m., firefighters were called to a fire in a vacant three-storey apartment building in the 600 block of Sherbrook Street.

Once on scene, crews encountered smoke coming from the building. WFPS launched an offensive attack, declaring the fire under control at 10:45 a.m.

Crews searched the building and found no one inside. No injuries were reported.

No damage estimates are available. Both fires are under investigation.