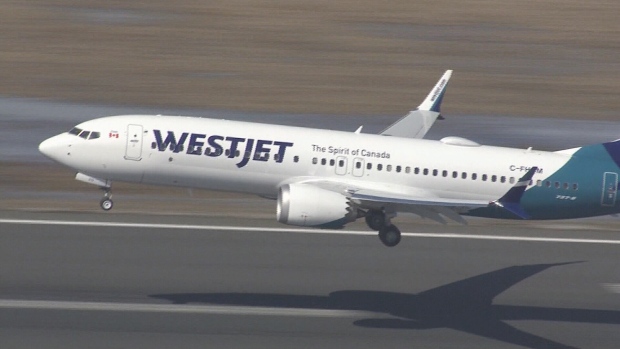 WINNIPEG — A WestJet flight from Vancouver to Toronto was forced to land in Winnipeg on Sunday at around 2:25 p.m. due to an “unruly” passenger, according to police.

The RCMP said a man, 60, lit a cigarette and refused to follow directions from the flight crew, including refusing to wear his personal protective face mask when directed to do so.

“We sincerely apologized for the delay and interruption to our guests travel plans who were affected by the diversion and unfortunate situation,” a spokesperson for WestJet said a statement. “The flight refueled before departing again for YYZ.”

A directive issued April 20 by Transport Canada requires all passengers to wear a non-medical face mask or covering during a flight.

“In support of the directive, it is mandatory for guests to wear protective face coverings throughout their travel journey, including at the airport and while in flight,” reads a portion of the WestJet statement. “In addition and per the directive, travellers are required to show that they have a suitable face covering prior to boarding a WestJet flight.”

The man was taken into custody but has since been released on bail.