Calls about the blaze at 47 Hamilton Meadows Drive started coming in around 3 p.m., and Chief John Lane says the home’s attached garage was fully aflame when crews arrived.

Firefighters mounted an interior offensive attack at first, said the chief, but had to retreat to a defensive position once the fire began spreading into the the two-storey home.

“The fire had too much of a foothold already,” he said.

In all, 11 units worked to fight the fire, including a ladder truck, which doused the flames from the air and kept then from spreading to two neighbouring houses. 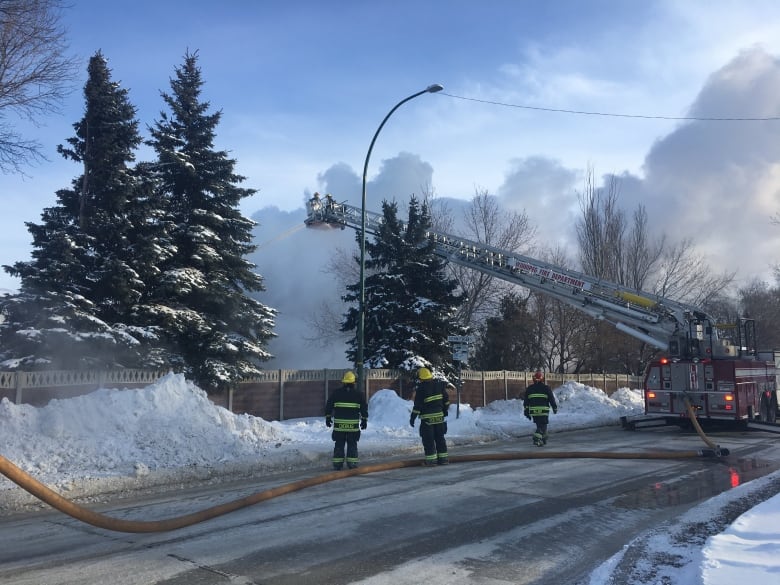 The city says firefighters had the fire under control shortly before 6 p.m. Everyone in the house was able to get out safely, including pets, said Lane.

At the scene Lane told reporters no firefighters were hurt while fighting the fire, but added with the icy conditions they were working in, some injuries from slips and falls many be reported in the coming days.

He says fighting fires on cold days is taxing on firefighters and their equipment.

“Nothing — machine or man or beast — works particularly well in temperatures like this so we certainly have some mechanical challenges anytime the weather is this cold,” he said.

“But the crews quickly overcame them and did what they needed to do here.”

The cause of the fire is under investigation and a damage estimate wasn’t immediately available.