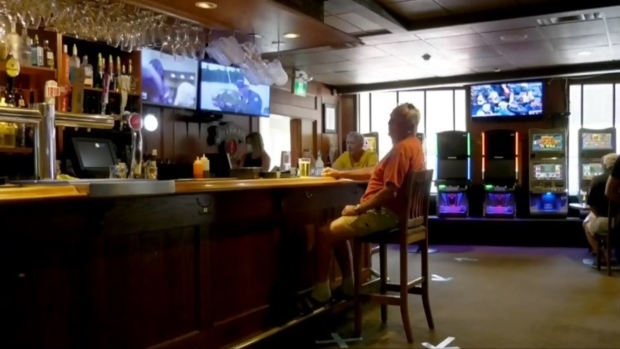 WINNIPEG — Restaurants continue to be hard-hit by the COVID-19 pandemic and a new national survey is showing just how bad things are for the industry.

Though Manitoba loosened restrictions earlier than other parts of Canada, the local restaurant industry is struggling and some Winnipeg restaurants are staring down the possibility of closing.

“We’re trying not to close, we got a lot of losses right now,” said Famena Ally, the owner of the restaurant.

She said with many people working from home, there are fewer downtown customers, and physical distancing measures limit the number of guests who do come to the restaurant, forcing a cut-down in operating hours

“The hours are shorter, the bills are the same and you can’t seat everybody,” she said.

Nearly 30 per cent of restaurants in Canada say they are not able to operate with physical distancing measures in place, according to the Canadian Survey on Business Conditions (CSBC) from Statistics Canada.

More than 12,600 businesses took part in Statistics Canada’s online survey from April 3 to 24, 2020, which asked questions about how the pandemic was affecting their business.

According to the data, another 31.1 per cent of food and accommodation services said, while social distancing measures are in place, they are only able to remain fully or partially operational for three months to less than a week.

“In Manitoba, we’ve done a little bit better than the national numbers, and I think that’s mostly because our restaurants closed a little later than some provinces and were able to open a little bit sooner,” said Colin Fast, of the Winnipeg Chamber of Commerce.

“We’re still down significantly across the board.”

Fast said fewer customers and the added costs for restaurants to adhere to public safety measures are major factors, as well as the cost of rent.

It’s all putting a serious financial strain on the Oakwood Café.

“I try honestly not to think about it too much, because if I did it would consume everything that I have in my head and it would just overwhelm me,” said Wendy May, the owner of the Oakwood.

Uptake hasn’t been high in Manitoba for the federal government’s rent relief program. To help restaurants like hers, May would like to see the provincial government step in.

“The federal government has a program – it’s so convoluted,” she said. “The province needs to step up a little bit, either with tax relief, or incentivize landlords to give us a bit of a break.”

Premier Brian Pallister called rent relief a “dead program” on Wednesday, and said the province is looking into other ways to help commercial renters, but offered no details or a timeline.