Home  »  News   »   WE Charity winding down operations in Canada 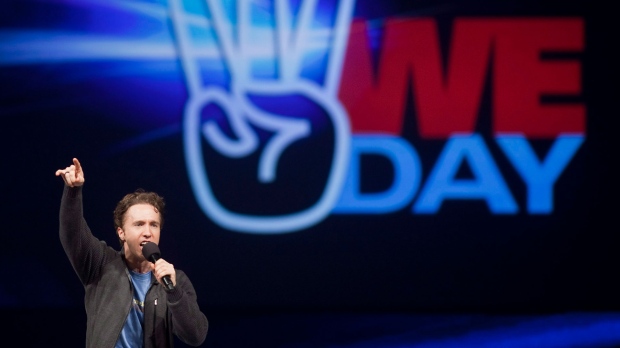 TORONTO — WE Charity is selling off its assets and winding down operations in Canada months after becoming embroiled in a political scandal that has triggered investigations by the federal ethics watchdog, CTV News has learned.

WE Charity is preparing to announce its plans later today, which includes selling off the organization’s assets to keep its international humanitarian programs afloat long-term while also digitizing its educational resources so they can be accessed in the future.

“We saw what was happening to our organization, but also what could happen to our partners and sponsors. So we reached out to them to let them know that we didn’t feel they should be dragged through the process,” Kielburger said.

“And the simple math is now the charity is spending more than it’s bringing in.”

The sell-off is intended to pay for global projects such as WE Charity’s hospital, college and agricultural learning centre, as well as fund WE Villages projects in Latin America, Asia and Africa that have yet to be completed.

“So much has been lost in this process, in this political quagmire and the politics and the pandemic, but at least something good can come of it, and that endowment is the opportunity for us to do something. And again, we can’t save everything, but this is what we do want to save, those projects, both at home and around the world,” he said.

The sell-off is intended to pay for global projects such as WE Charity’s hospital, college and agricultural learning centre, as well as fund WE Villages projects in Latin America, Asia and Africa that have yet to be completed.

The charity previously announced dozens of layoffs in Canada and the United Kingdom, cancelled all WE Day activities for the foreseeable future and has been looking to sell some of its real estate holdings in Toronto.

The wind-down comes after WE Charity found itself in the centre of a political scandal over a now-cancelled deal for up to $43.5 million with the Liberal government to deliver the Canada Student Service Grant.

The decision to grant WE Charity the contract came under fire after the charity’s ties to Trudeau and former finance minister Bill Morneau’s families were revealed.

In addition, Trudeau’s wife, Sophie Gregoire Trudeau, received a “one-time speaking honorarium” of $1,400 for participating in a youth event in 2012, before Trudeau became leader of the Liberal Party.

Meanwhile, WE Charity paid, in part, for two trips that members of Morneau’s family took in 2017 — one of which Morneau himself took part in.

Morneau apologized for the “error” and said it was his full intention to cover the full cost of the trips — though it wasn’t until July that he repaid the $41,000 the charity had initially covered related to the trips to Kenya and Ecuador. The former finance minister’s daughter Clare has also spoken at WE events, and his daughter Grace is currently employed by WE Charity.

Morneau has since resigned as both finance minister and as a member of Parliament, though he would not directly attribute the decision to the WE controversy.

Both Trudeau and Morneau have apologized for not recusing themselves from the discussions. Trudeau has insisted that he was not in an actual position of conflict during the conversations about the Canada Student Service Grant — but rather, that he was subject to a perception of conflict.

The prime minister has also said he expressed concern about the choice of WE Charity when he first learned of it. He said he was worried about a perception of conflict, and as a result asked the public service to “put the brakes on” to ensure the organization really was the only one that could have delivered the program.

WE Charity’s decision to wind down operations in Canada comes the same year as its 25th anniversary. The organization was founded by human rights activist Craig Kielburger, who got the idea to start the charity in hopes of lifting children out of poverty when he was 12 years old.

With files from CTVNews.ca’s Rachel Gilmore in Ottawa