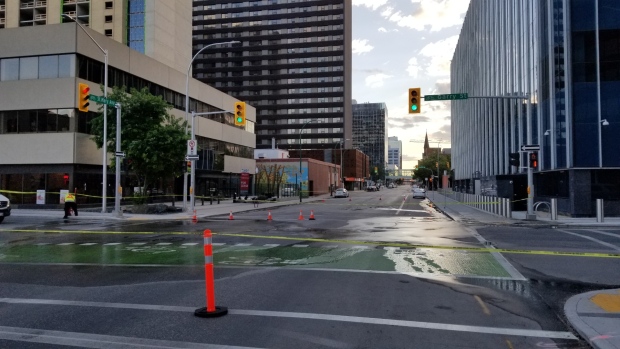 WINNIPEG — The City of Winnipeg has provided some residents with tanks of water after a water main break over the weekend closed down an intersection and forced the city to turn off the water.

On Monday afternoon, a City of Winnipeg spokesperson told CTV News that crews are working to repair a water main break at Garry Street and St. Mary Avenue.

The spokesperson said water was turned off Sunday night, and two tanks of water have been brought in for those impacted.

“Currently, there is no known cause of the break or an estimate for when the water main will be repaired,” the spokesperson said in an email to CTV News.

More information about repair updates can be found online.

-with files from CTV’s TIm Salzen and Stephanie Tsicos