Home  »  News   »   Violent sex offender will likely live in Winnipeg after being released from custody on Thursday, police say 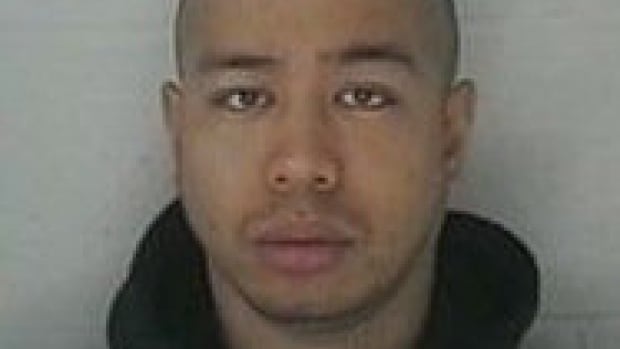 A violent offender convicted of sexually assaulting an 11-year-old girl is expected to live in Winnipeg after his release from jail on Thursday, police said.

Timothy Torres, 34, was most recently convicted of breaching the terms of his probation in March 2019, a release from the Manitoba Integrated High Risk Sex Offender Unit said. The unit is a joint task force between the Winnipeg Police Service and the RCMP.

Torres was sentenced to one year (which included 101 days of pre-sentence custody credit) and a three-year probation order for that violation, the release said.

In March 2016, Torres was convicted of breaching his probation and communicating for the purpose of prostitution for an offence involving a sexual act with a sex-trade worker, the release said. He was sentenced to 606 days in custody (which included 123 days of pre-sentence custody credit) and a three-year probation order.

According to the terms of his probation, Torres is not allowed to be alone with a girl under 18 years old — except for unavoidable contacts in a public place — unless he is supervised by an adult who has been approved in advance by his probation officer, the release said.

He is also not allowed to consume or possess alcohol, non-prescription drugs or any intoxicating substance, or go anywhere that has a primary purpose of selling alcohol (including bars, night clubs, strip clubs, and beer or liquor stores).

Torres is also subject to a prohibition order that forbids him from going to a public park or swimming area where people under the age of 16 are present or can reasonably be expected to be present. He is also not allowed to go to a day care centre, school ground, playground or community centre until Sept. 8, 2023.

In 2009, Torres was convicted of sexually assaulting a child in 2007. The release said he approached an unknown 11-year-old girl in the early morning hours, pressured her to get into his car, threatened her and sexually assaulted her.

Torres told police he was out looking for a sex-trade worker, but got frustrated when he couldn’t find one. That’s when he sexually assaulted the young girl, the release said. Torres was sentenced to seven years in prison for that offence, followed by a 10-year prohibition order.

While on statutory release in April 2012, Torres engaged with an undercover officer who he believed was a sex-trade worker, the release said. Three months later, he was convicted of communication for the purpose of prostitution and sentenced to five months in custody.

That sentence was consecutive to the sentence Torres had received for sexual assault, the release said. His statutory release was revoked and he was taken into custody.

In March 2013, Tories was again released on statutory release. Three months after that, he breached the terms of his prohibition order when he walked a dog through two public parks and a community centre playground where people under the age of 16 were present, the release said.

That October, he was sentenced to 16 months in custody and a three-year probation order.

Torres is described as five foot six and about 150 pounds, with black hair and brown eyes. The release also said Torres has a scar from a stab wound on his right upper abdomen.

While he has participated in some treatment programming while incarcerated, Tories is still considered a high risk to re-offend in a sexual manner against women and girls, the release said.

The release said this information is provided to let the public take suitable measures to protect themselves — and any vigilante activity or other unreasonable conduct directed at Torres will not be tolerated.