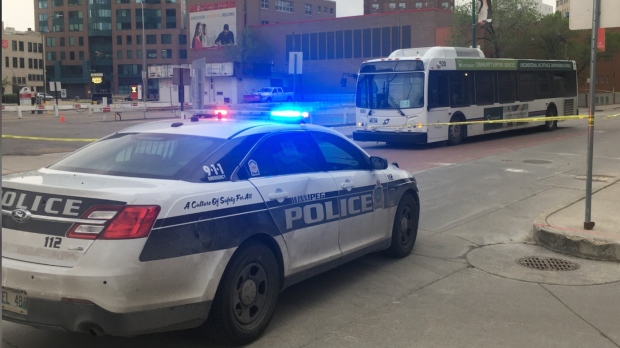 WINNIPEG — A vigil is set to be held on Friday evening for a man fatally stabbed on a Winnipeg Transit bus last weekend.

The incident took place on Sunday afternoon, when a suspect began an ‘unprovoked’ fight with Raymond Wesley Hill, 57, on a bus, according to the Winnipeg Police Service. The altercation escalated and Hill was stabbed.

Officers note the bus then stopped and the victim flagged down a police cruiser before collapsing. He was taken to hospital in critical condition where he died.

The victim and suspect did not know each other.

The candlelight vigil for Hill will take place at the corner of Colony Street and Ellice Avenue at 7 p.m. Family and friends are encouraged to attend. Physical distancing protocols will be maintained and hand sanitizer and masks will be made available.

Organizers of the vigil said violence in Winnipeg is getting out of hand and it’s time for people to stand together.

Justin Gabriel James, 46, has been charged with manslaughter in relation to the incident. The charge has not been tested in court.

At a news conference on Monday, police said alcohol may have played a role in the incident and it’s possible there may have been other things that contributed to the suspect’s state at the time.