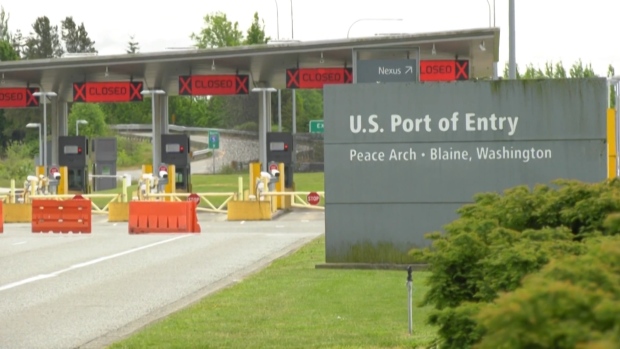 VANCOUVER — An American family has been escorted across the B.C. border into Washington state after being caught apparently exploiting the “Alaska loophole,” according to BC RCMP.

A vehicle with an Alaska licence plate entered the country around August 25 and the family told officials they were heading to Washington State. When they didn’t leave the country a few days later, there was a call out to enforcement agencies to look for them.

“(The) Vancouver Police Department was able to locate the vehicle and the occupants around August 29th and confirmed that they did have a local hotel booked,” said BC RCMP spokesperson Dawn Roberts.

A spokesperson for B.C.’s Ministry of Public Safety confirmed the family was located on Granville street in Vancouver.

Working with RCMP, the Public Health Agency of Canada and the Canada Border Services Agency, officers determined that the family had stayed in B.C. longer than it should have.

Americans are allowed to drive through Canada to get to and from Alaska, but they are required to take the shortest route possible, stopping only for essentials and avoiding tourist attractions. They are also given a specific date on which they must exit the country, which must be displayed in their vehicle at all times while in Canada.

The family was escorted to Peace Arch Border Crossing on Aug. 29 and each member was issued a $500 fine under section 15.3 of the Quarantine Act, Roberts said.

There have been cases of American boat owners fined and escorted back to the U.S. after being caught in Canadian waters, but Roberts says escorting a family over the land border is a unique case.

She adds that the RCMP want to hear from people who are concerned that visitors may be here illegally.

“If anyone believes that there is somebody suspicious – that would include hotels and businesses – we would encourage anyone to reach out to the police,” Roberts said. “If somebody is in violation (of the Quarantine Act), they can anticipate an escort and, in addition, a fine.”