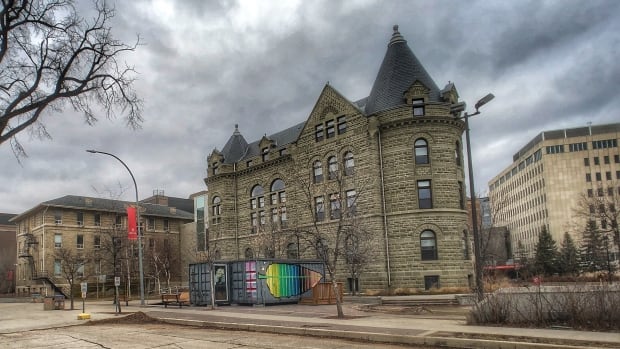 The University of Winnipeg has informed its staff the Manitoba government is slashing millions of dollars from the school’s budget this year.

In a memo to staff obtained by CBC News, president Annette Trimbee said the operating grant will be reduced by $2.3 million.

In total, the university will be dealing with 3.7 per cent less money than its 2020-2021 operating budget. It says 2.8 per cent of the cut is related to the COVID-19 pandemic, on top of 0.9 per cent that was already cut from its operating budget.

“The provincial decrease is on top of other revenue losses from campus operations impacted by COVID-19, which may amount to $4 million,” Trimbee said in the memo.

“This will require the university to reduce expenditures beyond those already implemented, and will impact our ability to meet the significant demand increase we are currently experiencing.”

CBC has reached out to the University of Winnipeg for comment.

However, Manitoba Premier Brian Pallister suggested late last month that he had been listening to universities.

“Given the unemployment levels, I think the demand on our post-secondary institutions … in terms of enrolments is very likely going to increase,” he said at a news conference on April 29.

Trimbee said the institution has been getting ready to deal with “uncertainty” by laying out several different budget scenarios under the province’s April directive to find up to 30 per cent in savings. The province later said those cuts would not be nearly that drastic.

Trimbee said she wants to focus on “non-salary reductions” to avoid further layoffs.

The president of the Manitoba Organization of Faculty Associations, a group that represents more than 2,000 instructors and other staff at four public post-secondary schools in the province, said it has been “living in fear” ever since the universities were directed to brace for cuts of up to 30 per cent.

Scott Forbes, who teaches biology at the U of W, said the operating budget is down by more than five per cent overall as a result of previously announced reductions and other declines in revenue.

“At the beginning of May, while preparing for classes in September, that’s a very large cut, and it’s going to be very difficult to implement without cuts to the number of courses and programs we offer in the fall.”

He said he has not received information about what the plans will be, and the effects of ongoing cuts were already being felt, particularly with limits on new hires and sessional instructors.

“It going to be hard to swallow,” he said.

The direction Pallister is taking the province in is “wrong-headed,” Forbes said, and he believes austerity measures will only make the problem worse.

“It will just make the recession deeper and longer and potentially put us into a depression … nobody likes deficits, but the proper thing to do is to accept a large temporary deficit to keep the economy rolling.”

In a statement, a spokesperson for Economic Development and Training Minister Ralph Eichler said the province recognizes the value of post-secondary schools and has collaborated with them to meet the fiscal challenges of the pandemic.

“Universities were asked to find ways to trim their budgets, and the University of Winnipeg did so by deferring hiring and reducing its staff, like cleaning and cafeteria staff, and reducing budgets for travel and executive salaries,” wrote the spokesperson, adding the department wants to minimize layoffs.

The department also pointed to supports for students introduced during the pandemic, including a shift to the province’s scholarship and bursary fund-matching program and a student wage subsidy program.

But Forbes said universities need more support right now to accommodate the throngs of students who want to take classes.

“This is not the time to be pinching pennies,” he said.

The proposed budget plans will be submitted to the U of W’s board of regents for review in June.