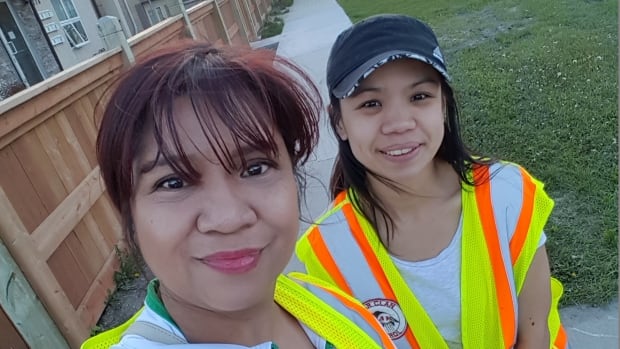 A Winnipeg community group is helping create a new neighbourhood watch organization in the St. James and Deer Lodge areas.

“We believe that strengthening the bond and knowing your neighbours and looking after your neighbours is a very effective way of … ensuring that the families in your area will be safer,” said Leila Castro, founder of 204 Neighbourhood Watch.

Since its creation in 2017, the Filipino community safety group has helped launch two other neighbourhood patrol groups — Wolseley Watch and Barangay West End.

The latest addition, the St James-Deerlodge Neighbourhood Watch group, will launch on Friday, she said.

“Recently the safety issue has been … one of the topmost concerns in the city,” Castro said.

“That’s also, you know, like a wakeup call for everyone that … we can also do something, as members of the community — and the best way to do it is to unite together.”

Castro’s own group got its start with help from the Bear Clan, and she said it’s always been important to her to make sure other communities know 204 Neighbourhood Watch is available to offer support and guidance.

She said her group will help new recruits with organization, logistics and growth, beginning with a safe walk and community clean-up in the area Friday. The event will begin at the Deer Lodge Community Centre at 323 Bruce Ave. at 6 p.m., with snacks at the centre afterward.

Interested community members held their first meeting with Castro about two weeks ago, she said. About 15 people showed up at the meeting, and she said she’s optimistic they can recruit more people if needed.

“I believe it’s a good start,” she said. “It’s a good beginning to spread the information “

Castro said starting the new group poses challenges in spreading their message, because the diverse neighbourhood isn’t as closely-knit as the Filipino community members in 204 Neighbourhood Watch.

But she said the diversity will be an advantage once neighbours start to get to know each other.

“It’s actually a strength,” she said. “We will have a better chance of, maybe not resolving that issue about drugs and crime, but at least … we have a better shield.”