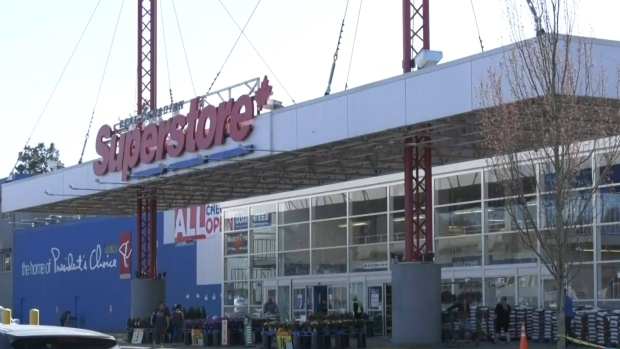 WINNIPEG — The union representing thousands of workers in food production, distribution and grocery retail is calling on Loblaw Company Ltd. to cancel its no tax event due to concerns it will draw large crowds.

According to a news release from the United Food and Commercial Workers Union Local 832 (UFCW Local 832), Real Canadian Superstores in Manitoba will having a no tax event on non-food items from April 24 to 30.

The union said this is concerning as this sale draws large crowds, which puts its members and the public at risk.

Jeff Traeger, president of UFCW Local 832, said the event is for non-essential items and is set to be held in every province west of Quebec.

“We believe this goes against the intent of the Public Health Order for Manitoba by encouraging people to leave their homes for non-essential goods,” he said.

“During a pandemic, Loblaw is driving even more people to their already over-crowded Superstores.”

The union wants the provincial government to step in and stop the event, that Treager described as “reckless and irresponsible.”

“It puts our members and the public at risk for non-essential shopping reasons, and we call on Loblaw to use a common sense approach at this time and cancel this sale,” he said.

Over 7,000 members of UFCW Local 832 work in the retail grocery industry at Loblaw, Safeway and Red River Co-ops among others.