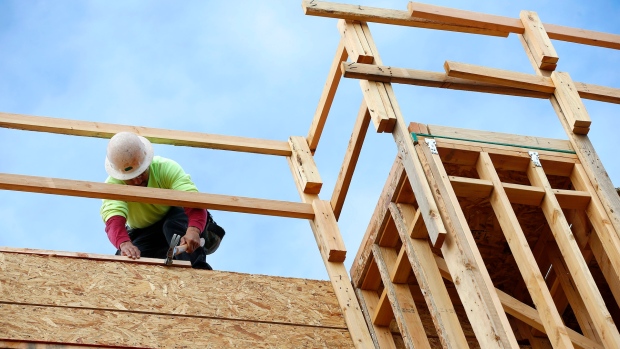 WINNIPEG — It’s too early to tell what kind of impact the COVID-19 pandemic will have on Manitoba’s home building industry, according to the Manitoba Home Builders’ Association (MHBA).

Like most industries in Canada right now, home builders and renovators have been forced to take precautions on and off the job site to avoid the spread of the coronavirus.

“We’re in the same boat as virtually everyone else in terms of the level of uncertainty and seeing how things progress and change on really an hour to hour basis,” said Lanny McInnes, president, and CEO of the MHBA.

“Our main concern right now is, just in terms of keeping our workers on the job site safe, taking as many preventative measures as we can.”

McInnes told CTV News, for many MHBA members, work continues on new-build job sites where the risk is fairly low.

“You’re not really in a confined space and you’re working in a situation where you’re not relatively close to others. So it is a little different,” McInnes said.

Still, workers are taking precautions, including limiting the number of trades allowed on the job site and washing their tools and disinfecting their phones at the end of the day.

Workers are being told to take more precautions while renovating existing homes. They are told to speak with the client before entering the building to ensure they are not showing any flu-symptoms and have not travelled recently.

McInnes said some home-inspections have been suspended.

“Things are very fluid and can change at a moment’s notice,” McInnes said. “With recent announcements, especially on the renovation side, we’re still seeing what potential impact this is going to have on our members.”

McInnes said it is difficult to tell how this pandemic has affected Manitoba’s home building industry.

“It’s hard to say where we’re going to be three hours from now, let alone three months from now.”