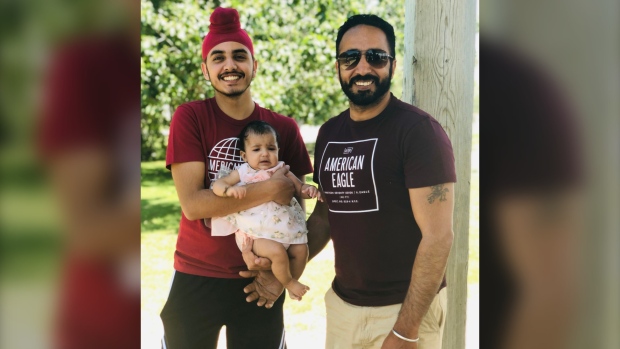 WINNIPEG — The University of Winnipeg Foundation is working on raising money for the son of a taxi driver who was attacked and killed in March.

The foundation is trying to raise $10,000 for Jashanpreet Singh Toor. The money will go towards a scholarship for Toor who wants to attend the Asper School of Business at the U of W after he graduates high school.

The foundation said Toor is a “truly dedicated and accomplished student” and his family has “placed great importance on a strong education.”

Toor’s father Balvir, who was a driver for Duffy’s Taxi, died after he was attacked while driving his taxi.

Officers found Balvir and he was taken to hospital in critical condition and later died.

A 20-year-old Winnipeg man was arrested and charged with second-degree murder. The charges against him have not been tested in court.

If people want to donate towards the scholarship for Toor, they can visit the foundation’s website.

– With files from CTV’s Josh Crabb