According to RCMP, officers received a call about an impaired driver speeding in a silver SUV with a dark coloured SUV following.

RCMP said patrols in the area immediately attempted to locate the vehicles.

About five minutes later, officers were called to a crash involving the vehicles they were searching for.

Mounties said the two SUVs were travelling northbound on Main Street at a high rate of speed when they collided. The impact caused the SUVs to swerve off the road and crash into a house, causing significant damage.

RCMP said no one was inside the home at the time of the crash. 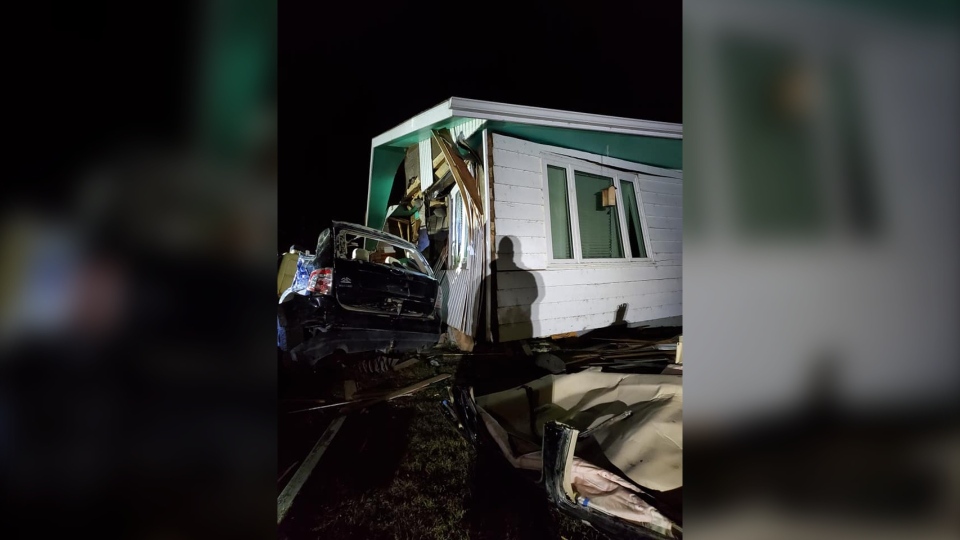 The 25-year-old driver of the silver SUV, and one of his passengers, a 21-year-old man, were taken to hospital with serious injuries. The other passenger, a 32-year-old man, suffered minor injuries.

RCMP believe speed and alcohol are factors in the crash.

Yellowhead RCMP, along with a forensic collision reconstructionist, continue to investigate.